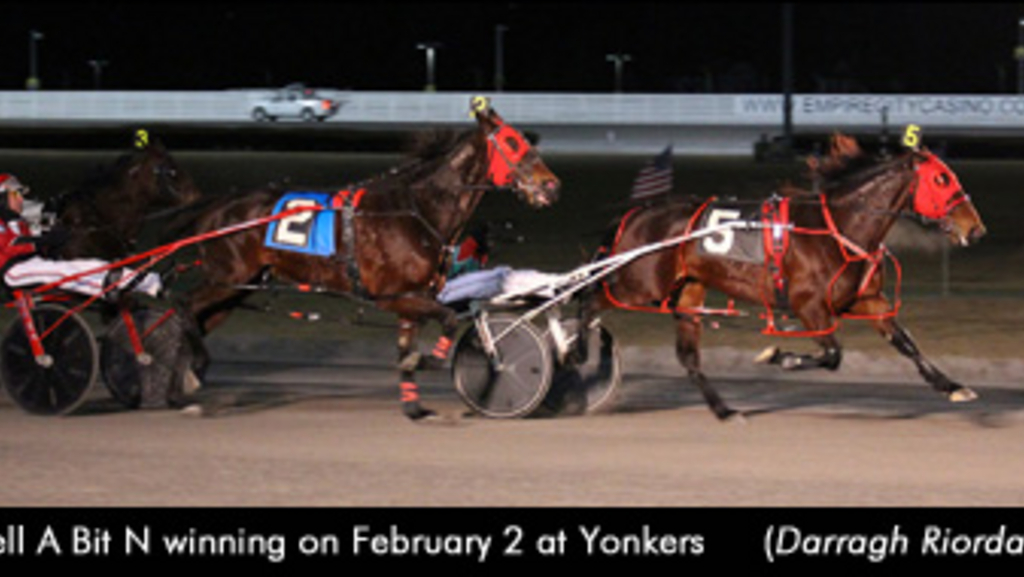 In play from post position No. 5, Sell A Bit N was four-deep at the outset, remaining out there into the first turn. She made the lead around All About Madi (George Brennan) before a :27.4 opening quarter-mile.

A pokey :30.1 second quarter (58-second intermission) would serve Sell A Bit N well in the chilly air. That, and a very weak, first-up effort by Sally Fletcher N (Greg Merton) going toward the 1:26.2 three-quarters.

It was pacesetter versus pocket-sitter for the marbles, with Sell A Bit N owning a length and a half lead into the lane. All About Madi edged out, took her shot, was somewhat difficult to straighten and missed by three-quarters of a length in 1:55.4. Annabeth (Brent Holland) was a rallying third, with Juxta Cowgirl (Dan Dube) and Mach It A Par (Jason Bartlett) settling for the minors.

For Sell A Bit N, an eight-year-old Down Under daughter of Julius Caesar owned by Von Knoblauch Stables and trained by Peter Tritton, the win was her first in three seasonal starts. The exacta (two wagering choices) paid $21.40, with the triple returning $162.50.