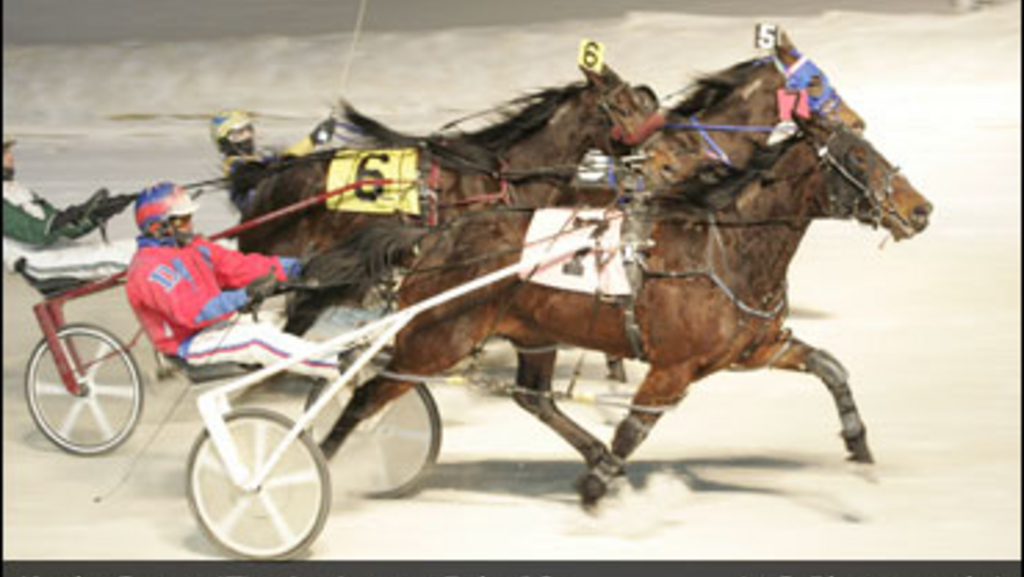 With another big come-from-behind effort, Kayla Grace earned her second consecutive victory in the $10,000 Fillies & Mares Preferred 2 Handicap Pace at The Raceway at the Western Fair District on Wednesday night.

Kayla Grace matched her 2:00.3 time from one week ago and paid $8.10 to win as the 3-1 third choice in the feature event -- this time racing in frigid -13 degree temperatures over a "good" track with a four second variant.

Last at the half, Kayla Grace and driver Skip De Mull circled the field of seven just like last week and edged out the pacesetting Zip Car (Robert Shepherd), second for the second week in a row, and favourite Murrayfield (Alfie Carroll). The top three finishers were separated by just half a length.

In the evening's $7,500 Preferred 3 Trot, Wattafine Rythem pulled off a 35-1 surprise defeating favourite Order By Commander (Anthony MacDonald), although that rival was second-placed-third for a pylon violation while Ashlake (Robert Shepherd) inherited the runner-up role.

Alfie Carroll drove the five-year-old chestnut son of Lockkeeper to the 2:04.1 triumph for his father Richard, who handles the training duties, and owner/breeder Randall Huffine. Wattafine Rythem returned $72.10 for a $2 win ticket.