Rivals To Meet In The Breeding Shed 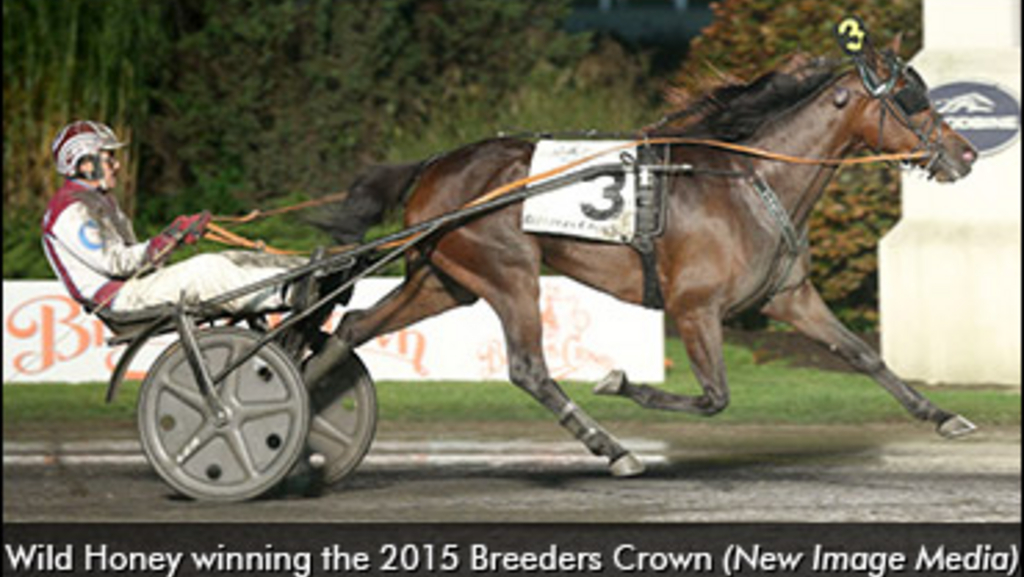 It's the perfect mix of Valentines Day and harness racing as two of the world's top trotters -- on-track foes this season, even -- will unite as a fantasy pair on the pedigree page.

Reports from Europe indicate that 2015 Breeders Crown winner and world champion trotter Wild Honey has been retired. Purchased by Sweden's Stall Zet after her three-year-old season, the daughter of Cantab Hall - U Wanna Lindy raced under the guidance of Daniel Redén for the last three years. She was a starter in both the 2017 and 2018 Prix d'Amerique, with her last start coming in the 2018 Prix de France this past Sunday (Feb. 11).

Wild Honey retires with a summary of 26-10-3 from 51 starts and more than $2.1 million in purses. She will be bred to Propulsion, her former stablemate from the Redén barn and also owned by Stall Zet. In fact, Wild Honey and Propulsion raced against each other in the Prix de France as well as the Prix d'Amerique.