Aussie Lover In A Pop Up Shocker 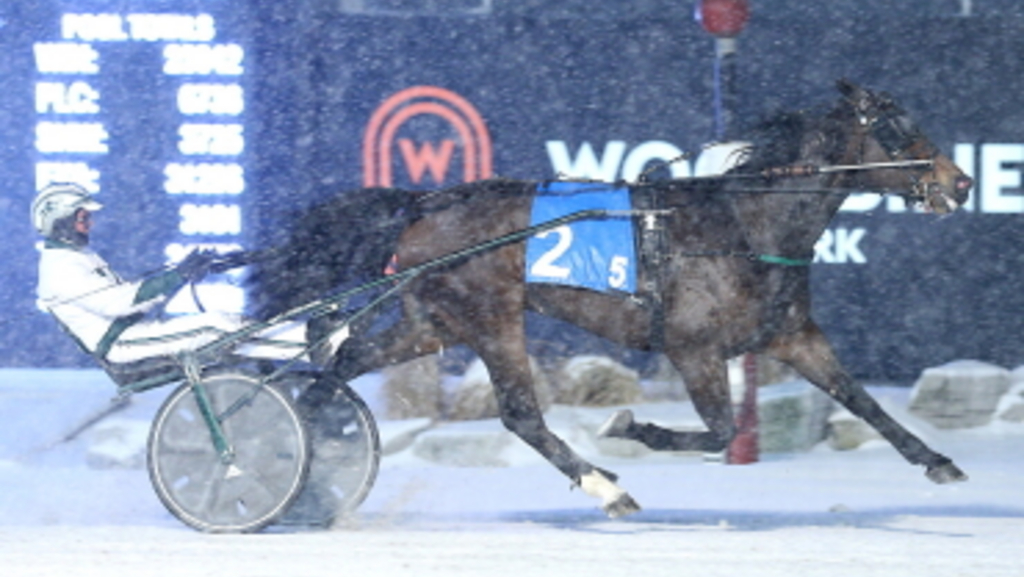 There have been a pile of upset winners in recent weeks at Woodbine Mohawk Park, and you can add Aussie Lover to the list of longshots to come through.

Aussie Lover erupted for a 39-1 upset in the $30,000 Pop Up Series for trotters during Thursday’s 10-race card at the Campbellville oval.

Trainer Gord Remmen co-owns the four-year-old son of Angus Hall-His Mistress with 8113564 Canada Ltd. The partners watched the gelding improve his 2021 record to 5-0-1 from 19 starts with the win. The 10-time winner upped his overall cash stash to $98,720 with the win.

Greystone Natali O was perfect in the preliminary legs of the Pop Up Series for female pacers, and she completed the sweep thanks to her front-stepping score in the $30,000 final.

Doug McNair got away second with the Duane Marfisi trainee, who then quarter pole-moved to the lead after Catch An Ace chopped out the first quarter in :29. Greystone Natali O cleared and went on to slice out middle splits of :59.1 and 1:28.1. She used a :27.4 closing panel to win by three-quarters of a length over race favourite Just My Shadow in 1:56. Catch An Ace was third.

Aaron Waxman of Carlisle, ON owns the four-year-old daughter of Shadow Play-WIskywisky Nancy O who has caught fire after beginning the season 0-for-17. She’s now put together a 3-4-4 record from 20 starts this season. The 11-time winner boosted her earnings to $106,153 with the victory.

The $20,000 Pop Up Series Consolation saw Control The Thong rally for a 1:55.3 triumph for the tandem of driver Jonathan Drury and trainer Dominic Gladu.

The three-year-old daughter of Control The Moment-Thong Song made a bold, first-over move around the final turn and then drew away to win over race favourite Takeyourbreathaway and pacesetter Whistys Paradise.

Francois Dupuis and Roger Bourgeois share ownership on the three-time winner who owns a 2-0-4 record from 17 trips to the track this season. The $10,000 payday bumped her overall bankroll to $64,668.

Tuckers Out used his closing kick to take the $20,000 Pop Up Series Consolation for trotters for his trainer/driver Phil Hudon.

Sent off at odds of 10-1, the gelding improved his seasonal record to 2-0-1 from 15 starts for owner Fred Naclerio of Blenheim, ON. The three-time winner has banked $92,511 to date.