The $100,000 Delaware Standardbred Breeders' Fund (DSBF) final for three-year-old trotting males is shaping as a likely showdown between Blue Devil and Rhett as both geldings completed sweeps of their preliminary divisions on Tuesday (Dec. 7) at Dover Downs.

Blue Devil captured the faster of the two $20,000 second-round events, evading even-money favourite Big Al M for a 1:58.2 score in the first division. Montrell Teague pushed the son of Anders Bluestone and Overnight Hit to the early lead before yielding to Big Al M at the completion of a :29 first quarter. Immediately after ceding the lead, Teague promptly retook with Blue Devil and pulled the tempo back through a 1:00.4 middle half. Up the backstretch and into the far turn, Blue Devil faced a stern first-over challenge from Altar Call, but dismissed that rival and sprinted off the corner for home. Blue Devil used :28.3 stretch speed to maintain 1-1/4 lengths of clearance over runner-up Big Al M at the winning post. Vlahos rallied three-wide off stalled cover to finish third. 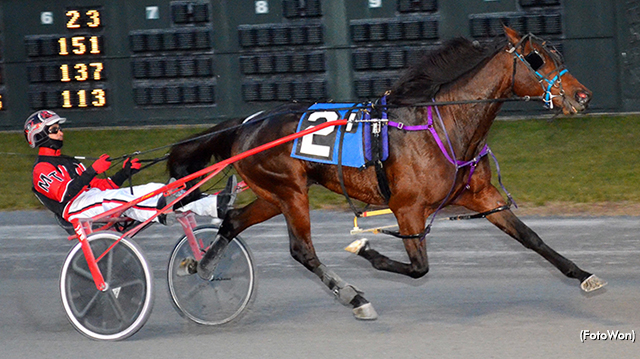 In the second division, Rhett and driver Corey Callahan left between rivals before yielding control to a three-wide Bluestone Jackson and subsequently retaking after a contested :28.1 first quarter. Rhett maintained a quick pace through a :57.4 first half before bracing for — and parrying — two separate challenges through the final five-sixteenths of the mile. After dismissing the first-over Command The Market past three-quarters in 1:28.1, the son of Keystone Activator and Lake Serena also held off a late push from runner-up Bluestone Jackson up the open stretch to win in 1:59.1. Command The Market preserved third despite leveling off in the stretch. 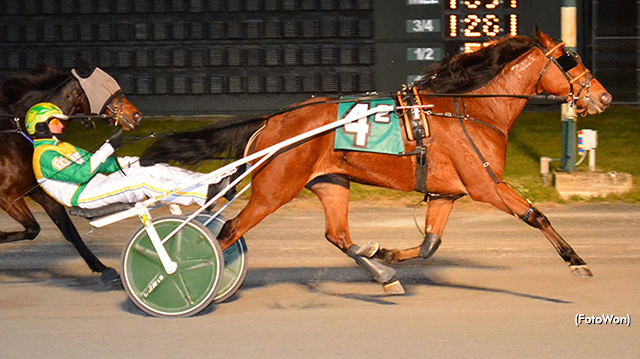 Blue Devil and Rhett secured berths to the $100,000 DSBF final, as did Big Al M, Bluestone Jackson, Someofmygoodtime, Vlahos, Command The Market and Marvin B Swift.

The DSBF final for sophomore trotting colts and geldings will go to gate at Dover Downs next Thursday (Dec. 16).

Twelve Delaware-sired three-year-old pacing fillies will contest their second preliminary round of their DSBF series on Wednesday (Dec. 8), with two divisions of six to square off for $20,000 each in the first two races of the 14-race card at Dover. First post is 4:30 p.m. (EST).