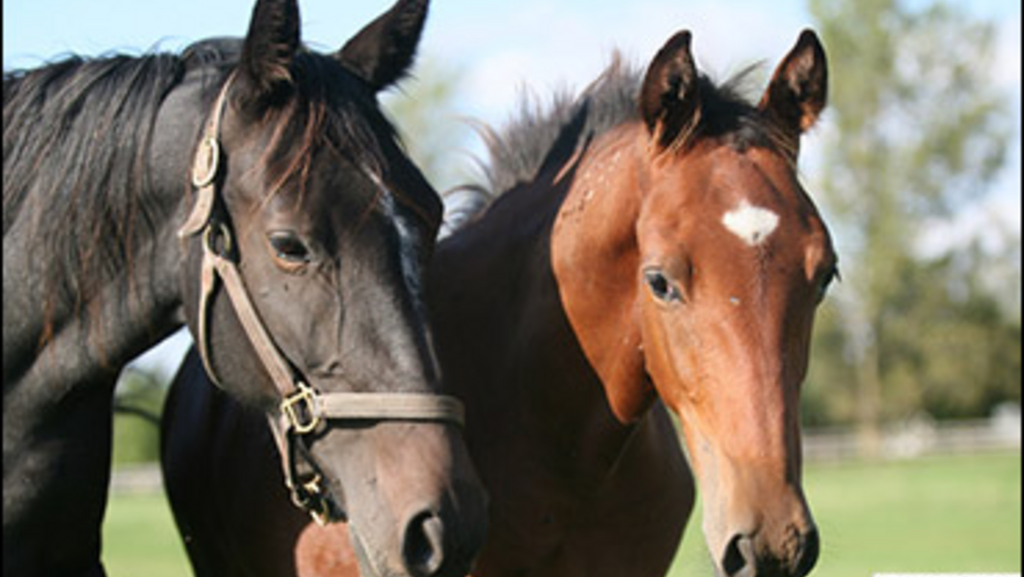 The Friday session in the civil court case involving a number of Standardbred breeders resumed with Awanish Sinha briefly speaking on behalf of the OLG.

Sinha reinforced that it's the argument of the defense that the LOI implied no obligations to OHRIA and nothing in that document indicates obligations to the plaintiffs.

Sinha's associate Michael Rosenberg began to present his evidence for the OLG, noting that his statements would focus on the questions asked of the court with emphasis on public policy immunity, duty of care and negligence.

Rosenberg noted that the plaintiffs relied on public assurances on the success of the SARP program. He then stated that a claim for relational economic loss without property damage has been allowed in a Canadian court. He deemed this claim "radical."

On the issue of negligence, referring to public comments made to the success of the program, Rosenberg asserted that those statements were in fact true at the time they were made, and not wrong or untrue. Legally, in his opinion, that's a flaw against the test of negligence.

A large portion of time was devoted to defining what exactly is "public money". The more important question, according to Rosenberg, is what is "public policy."

Rosenberg stated that government directs OLG to engage in program spending, that is public money. While the plaintiffs have painted SARP as a product of commercial negotiations, the defense provided testimony to refute that claim. According to the testimony, some tracks would have agreed to less than the 20 percent dictated by SARP. It was a uniform government formula according to the defense.

Rosenberg provided figures from sealed court documents on the lease agreements signed by OLG with site holders to show the court just how much of SARP was a subsidy versus a procurement payment — in this case, rent. The argument, according to the defense, is that "the subsidy we're paying today was always baked into SARP."

Court resumed on Friday morning with Rosenberg refuting the plaintiff's use of the Financial Administration Act, claiming it's not the right test of "public money" and further not the right argument. The defense stated that the OLG modernization plan was a comprehensive reform for gaming in the province that balanced sensitive political, social and economic decisions.

Justice Emery then asked about the constant changes to the slide deck in advance of the 2012 cabinet meeting, and how that reconciled against core policy. Rosenberg stated that it's the example of that balance demonstrated at the highest level of government, with a recommendation from a civil servant turning into a recommendation from an elected official and then approval from cabinet.

The defense then referenced a gaming case ruling from the B.C. Supreme Court involving a modernization initiative in the bingo industry, a case that has been cited in other jurisprudence. The court ruled that the BCLC could not be held civilly responsible for core policy decisions.

Rosenberg cited a number of other cases involving enterprise and government. The crux of the argument was that while it may seem unfair to change the rules of the game mid-game, such is the nature of the game when dealing with government programs.

Upon that submission, Justice Emery asked Rosenberg if he was saying a legal wrong cannot be made in this case. He replied, "yes."

Rosenberg then referred to the testimony of Ted McMeekin. Under cross-examination, McMeekin did confirm that he agreed continuing SARP as it was would be bad public policy; his issue was with the transitional funding. The defense then read his testimony concluding that Dwight Duncan and his team did act in good faith with respect to the 2012 budget although he might not have agreed with all the decisions. Thus, according to the defense, not an act of bad faith but a policy disagreement between colleagues.

Emery posed a question regarding pre- and post-SARP funding that caused some consternation from both sides. Jonathan Lisus objected to one of Rosenberg's assertions regarding how funds flowed to the Standardbred breeders through HIP and SIP funding. Rosenberg denied Lisus' claim, stating that not one dollar of funds flowed directly to breeders and that the chain was OLG to site holder to horsepeople's associations to ORC and then the programs, to further his point on relational economic loss.

Rosenberg went to state how, according to the defense, the transfer payments in place with the current gaming strategy differ from the previous model in three key ways: the funding level is more appropriate, there's more accountability and benchmarks, and that gaming zones allow operators to position machines without hurting racing (as transfer payments were not tied to slot revenue). He reinforced that the plan for OLG was to scale up gaming at existing sites and not to remove slots from those locations, as evidenced by the testimony of OLG's Larry Flynn. Flynn stated that his team met with site holders immediately after the SARP announcement to start renegotiate lease/rent agreements because the goal was to change the financial model but not move the expanded gaming from racetracks.

The third segment of the Friday session circled back to the Drummond Report with both sides at odds over its inclusion into the record with respect to cabinet.

Was the Drummond Report's recommendation for horse racing considered in cabinet?

The defense alluded yes, a statement objected by Lisus as discussion over what transpired in cabinet has been blocked. Lisus further stated that while no proof the Drummond Report was considered by cabinet, there are speaking notes for Minister Duncan as well as HANSARD transcripts with what has been widely stated as a misrepresentation of Drummond's recommendation. The defense similarly objected, noting that there is no evidence these claims regarding the Drummond Report were uttered by Duncan in cabinet. Lisus noted they were cited in material, leaving Justice Emery with a matter of inference.

Rosenberg then provided a Cabinet Position Submission document showing, according to the defense, rational basis for the decision to end SARP. Lisus noted for the record some concern over whether or not this exact document was actually presented, and Rosenberg could not confirm that it actually made it in front of Minister Duncan.

That said, Rosenberg was adamant in his assertion that Emery would be "invited into the political fray" if the court deemed the decision made by government was irrational.

The Friday session concluded with Rosenberg discussing a legal duty of care owed by the OLG in this case. His assertion was that there was very little relationship between the breeders and the OLG and that the OLG had no allocations directly with the plaintiffs, just siteholders. Thus the relationship is an indirect economic relationship generating market stimulus in so much as how it could impact how much a third party might be willing to pay for horses.

Rosenberg then brought up the SRA between WEG and COSA as a contractual relationship relating to racing. Justice Emery asked if some of the plaintiffs weren't also owners that would in fact directly benefit from that agreement, but Rosenberg pointed to testimony from the breeders that the claims they were making were only as breeders and not as owners.

Testimony was also cited with respect to an advisory panel to the ORC on breeders awards, and how a number of individuals were invited to give input. Rosenberg accentuated that the panel was merely advisory in scope and that direction and decisions ultimately came from the ORC.

One point raised by Rosenberg caught the attention of Justice Emery when the defense cited figures on yearling prices, and how average yearling prices at what he termed "the height of SARP" from 2005 through to 2007 were lower than average post-SARP yearling prices in 2012. The defense stated, according to the testimony provided by the breeders, this was a result of too much supply and not enough demand.

The final point from the Friday session revolved around pure economic loss, which was refuted by the defense. Two key elements that need to be legally present for that test are a contract -- which the defense claims is non-existent -- and proof of physical damages.

While this was the final day scheduled, the court agreed to extend the sessions by one more day. That date will likely fall in 2019, with the defense set to close its submissions after which time the plaintiffs will have a chance to reply followed by final statements by the defense.