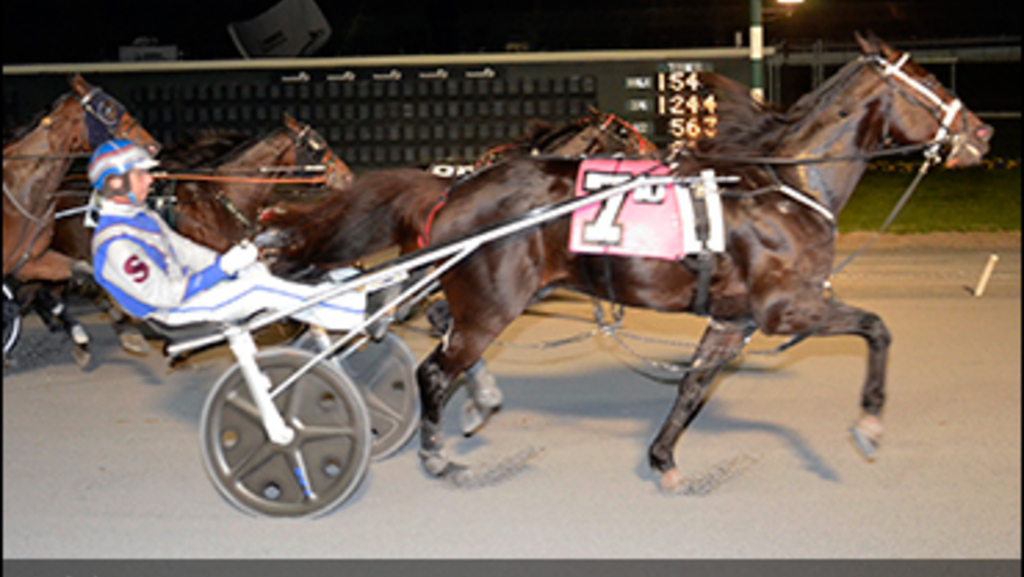 Celebrity Pegasus closed strongly to win a three-horse photo in the featured $25,000 Open Trot on Tuesday (Dec. 5) at Dover Downs.

Piloted by Art Stafford, Jr., the five-year-old son of Andover Hall and Celebrity Athena reached the finish line in 1:54 to upend runner-up Thereisademoninme (Jonathan Roberts) and front-trotting I Like My Boss (Allan Davis). The victory is the 12th of the season for Celebrity Pegasus, who is trained by Eric Ell for owners Ken Wood, Bill Dittmar, Steve Iaquinta, and Minisink Farms. The track record holder has now won $143,800 this year and $283,660 lifetime.

Corey Callahan and Hollywood Highway took the $12,000 Winners-Over trotting event in 1:54. Scott Dillon and CTC Stable own the four-year-old Muscle Massive-LA Speedway gelding, now a winner of three of his last five races along with two seconds. He won his seventh of the year and now has earned $51,125 in 2017. Bluebird Rambo (Stafford) was second with Ultimate Shopper (Tony Morgan) third.

All Shoes On Deck was the big price winner on the card. A 44-1 longshot from the outside post 8, the Linda MacDonald owned and trained gelding streaked home a 1:55 winner for Jonathan Roberts catching Myclaimtovictory (Kim Vincent) and Phantom Rusty (Callahan) at the wire. It was the sixth win of the campaign bringing the Crown Prince Gar-Spring Into Speed gelding’s lifetime bankroll to $253,563.