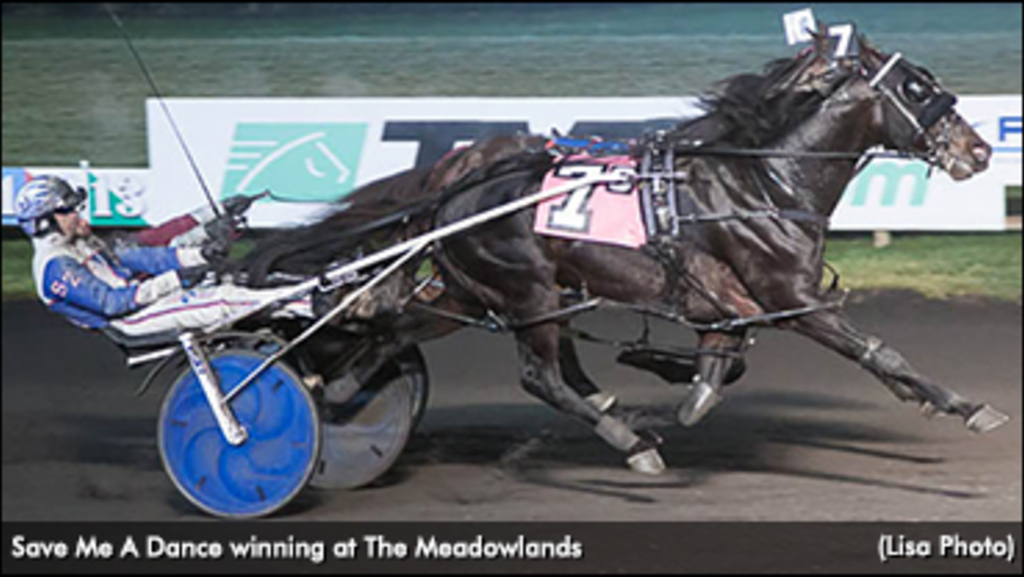 Saturday night (Dec. 18) at The Meadowlands belonged to trainer Travis Alexander, as the conditioner who races for the most part locally at Yonkers Raceway sent four horses to the winner’s circle at the mile track with each establishing a lifetime best.

Alexander’s big night began in the first race as Mr Ds Rock, who faced $75,000 claimers in his last two at Yonkers, dropped a bit in class to the $50,000-$60,000 claiming pace level and absolutely destroyed his foes in 1:49.2 by 8-1/2 lengths. Driver Joe Bongiorno moved the four-year-old gelded son of Pet Rock-Cotton Candy first-over past three-quarters on the way to his devastating score as the 4-1 fourth choice in a race that sported a purse of $27,500.

But Alexander was just getting started.

In the eighth race, Forever Fav, another $75,000 claimer from the Hilltop Oval, took on $75,000-$100,000 claiming pacers in his first start for his new barn, and after leaving for the point at the quarter, sat a pocket trip before looking like a beaten horse in deep stretch only to regroup and go on to a determined 1-3/4-length score in 1:49.3 with driver Yannick Gingras calling the shots.

In the next race, Alexander’s Save Me A Dance got a perfect steer from Scott Zeron, sitting a pocket behind 4-5 chalk J M Mandamin before gunning down the public choice in deep stretch by a head in 1:48.4 as the 3-1 second choice in the $66,000 Twas The Week Before Christmas Final for $75,000-$100,000 claiming pacers.

Taken for $125,000 on Dec. 4 by Matthew Morrison and Brian Gordon, the four-year-old son of Heston Blue Chip-Dance Hall Girl – who was making his fifth-straight start at The Meadowlands – has earned just over $100,000 in his first two starts for new connections.

Alexander hit his grand slam by completing a natural hat trick in the 10th race as 12-1 longshot Buddy Hill took the $42,000 weekly feature for Preferred pacers by three-quarters-of-a-length in 1:48.4.

A winner three back in the Open Handicap at Yonkers, the five-year-old son of Roll With Joe-Lessoft Hanover adjusted to the big track without a problem, as once again Zeron did his job perfectly, sitting a pocket and blowing past leader My Pal Joe with ease to bump Alexander’s overall win total for the season to 101.

CARRYOVER CRAZY: When racing returns for the final card of the year on Friday, Dec. 31, the action will be at a fever pitch with some serious carryover green sure to be poured into the pools.

With the first five races on the program seeing zero winning favourites Saturday, the 20-cent Pick-5 will have a carryover of $38,923 not subject to the already low 15 per cent takeout on the wager. Those who correctly selected four winners cashed in for $648.72.

The 20-cent Pick-6 also failed to yield a winning ticket, and that pool will begin with $6,131 in the hat. The last Pick-6 to see a carryover was on Dec. 17 when the total pool was $55,626. That figure figures to be much higher this time around.

A LITTLE MORE: Gingras had five winners on the night to complete a seven-victory weekend while Dexter Dunn matched Gingras’ weekend feat, taking four on Friday and three more Saturday.

One shrewd player betting into the Oregon Express hub had themself a nice night, hitting the 20-cent Survivor Pick-7 and walking away with a payoff of $10,195 despite going only five-for-seven during the sequence that began with winners that were sent to the gate at odds of 6-1, 21-1 and 14-1.

All-source handle totaled $2,829,997 to complete a second straight Friday-Saturday to see betting in excess of $5 million.