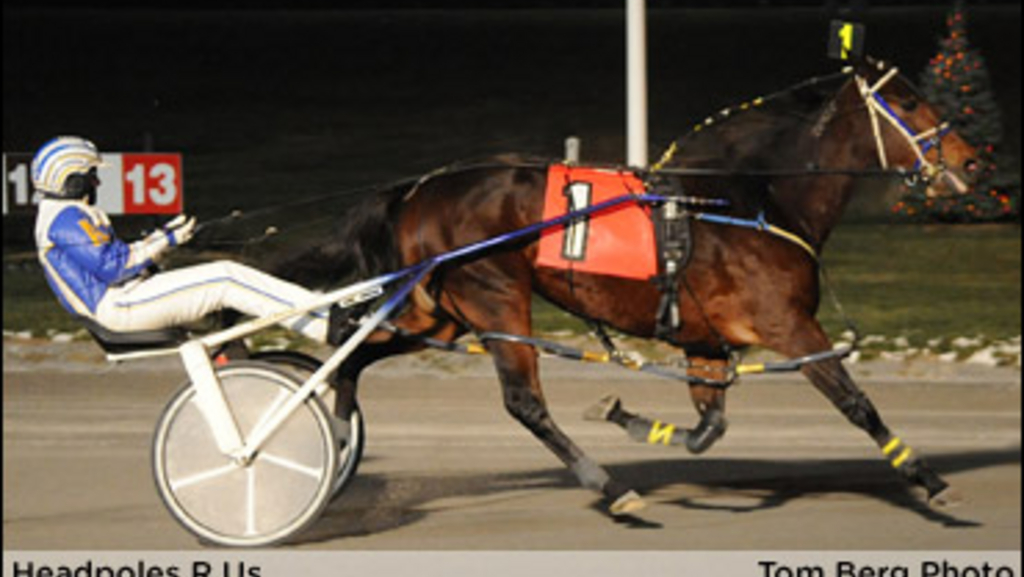 After Cannae Cammie (Dan Dube) stuffed Breakheart Pass into an early seat, the former led a strung-out group through a :27.1 opening quarter-mile. All the while, Headpoles R Us was starting at at from a loose three-hole.

The ranks closed slightly in and out of the :56.3 intermission. Breakheart Pass, the 19-10 favourite, was sitting a nervous pocket and vacated same right before a 1:25.1 three-quarters.

That one opened a length-and-a-quarter lead into the lane, but "Headpoles" was moving strongly at her. The pursuer rolled right by, widening to win by 3-1/2 lengths in a life-best 1:53.4. Bling (Eric Goodell), Hawks Cry Electra (Jason Bartlett) and a tiring Cannae Cammie completed the payees.

For Headpoles R Us, a six-year-old daughter of Bo Knows Jate trained by Joe Anderson for owner Gerrie Tucker, she returned $17.60 (sixth choice) for her ninth win in 37 seasonal starts. The exacta paid $96, with the triple returning $356.

However, Wind Surfer was powerless to stave off the stalker, as Donttellmywife edged by, prevailing by three-quarters of a length. Yankee Nola (Brent Holland), Pricevalleyrevitup (Cat Manzi) and Friendly Amigo (Bartlett) grabbed the small change.

For Donttellmywife, a four-year-old Malabar Man gelding trained by Lou Pena for owner Shannon DiAntonio, he returned $4.30 for his seventh win in 27 seasonal starts. The exacta paid $10.80, with the triple returning $43.80.