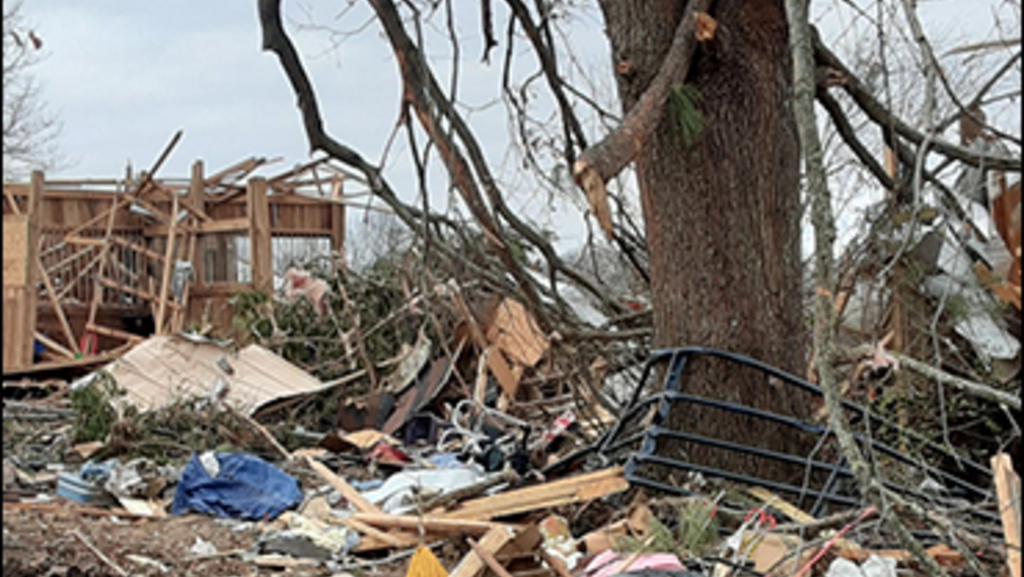 Friends describe Donna Holt as someone who would help anyone. Now, Holt’s friends are leading efforts to help her.

Holt, a harness racing trainer from western Kentucky, lost her house and barn, and saw five horses injured, when a devastating tornado passed through the Mayfield-Benton area on December 10. The National Weather Service estimated the tornado travelled nearly 130 miles and had peak winds of 190 mph. Statewide, at least 75 people were killed in Kentucky as the result of a series of tornadoes there.

For the past several days, friends and neighbours have been helping Holt and her dad Junior, who lives on a bordering property and also lost his home, clean up and salvage any personal items. A GoFundMe page was started over the weekend to raise money for Holt and her horses. In addition, an account for contributions was created at Hawthorne Race Course, where Holt has raced during past springs and summers.

“It’s totally overwhelming,” said Audra Knox, a horse owner whose pacing mare Ashlees Joy was among the horses on the property. “They lost everything. I’ve never seen anything like this. When I pulled in the driveway, it took everything in my power not to burst out bawling. These people are starting completely over.”

Knox said Holt has a stable of 15 to 20 horses. Most of the horses were elsewhere at the time of the storm, but three racehorses and two broodmares were on the property. All survived, but were injured to varying degrees, including one needing critical care.

“The vet bills are going to be astronomical,” said Knox, adding that Ashlees Joy suffered mostly cuts and scratches.

Knox, who lives in Iowa’s Quad Cities region, has had horses with Holt for several years.

“I own a company and I can’t stay at the track 24/7, so I always wanted somebody that would take care of a horse like I took care of a horse,” said Knox. “I found Donna. She is just an extraordinary person. She would do anything for you. She is always there for everybody. I’ve never met anybody like her.”

Nicole Agosti, a trainer who has known Holt for nearly a decade and is her “barn neighbour” when racing at Hawthorne, started the GoFundMe page to help her friend. As of early Thursday afternoon, the fund had received 98 donations totalling $12,335.

“You kind of feel helpless,” said Agosti. “I just wanted to do something. Hopefully, it will help take care of the vet bills and get her back going a little bit again. She’s a great person and she loves her animals a lot. That’s tough to see.

“She appreciates everything that everyone is trying to do for her.”

Barb Poprawski, the horsemen’s bookkeeper at Hawthorne, started the relief account there.

“Some people don’t do GoFundMe or they’re not on Facebook, so they don’t see it,” said Poprawski. “That’s why we set up the account at Hawthorne. This way people can mail cheques (address at the end of story) or if they have an account with money in it, they can transfer it.”

Poprawski also has known Holt for about 10 years.

“Donna is good to her animals, and she takes care of everybody,” said Poprawski. “Donna’s barn is the barn you go to after the races, and she cooks for everybody. We’ve had a lot of fun together. Donna is the best.”

Others providing assistance to Holt through the use of trucks and trailers, in addition to looking after horses, include David Brooks, Merv Chupp and Lannie Essex, said Knox.

“There are so many people here trying to help,” said Knox.