New ‘Owners’ Get Taste Of Racing

The new owner promotion at Yonkers Raceway, held in conjunction with the Standardbred Owners Association of New York and the United States Trotting Association, has come to a close with 10 lucky new owners having tasted victory and some strong returns. 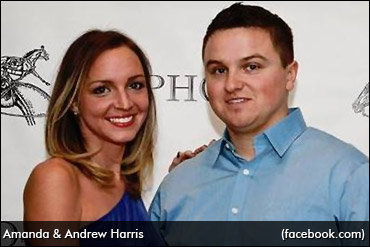 In early November, 10 harness racing fans were randomly chosen from the USTA’s new owner’s database to each receive five per cent of the earnings of a designated horse racing at Yonkers Raceway through the end of the meet.

The three-year-old trotting gelding Emerald Chip was chosen for the promotion with trainer Andrew Harris. Emerald Chip made five starts, including a win in his first start of the promotion, a $20,000 non-winners of four conditioned event. He moved up in class and made four starts in non-winners of six trotting events at Yonkers for purses of $25,000 and $32,000. Emerald Chip picked up cheques for $2,000 with a fourth and $1,600 with a fifth-place finish, and also earned $500 for starting in a 10-horse field at Yonkers.

For the five starts, Emerald Chip earned $14,100, which netted each of the 10 virtual owners $705. As part of the promotion, the winners were not responsible for any expenses associated with the horse.

“I have to thank the SOA of NY, Yonkers Raceway and the USTA,” said trainer Andrew Harris. “Without movements like this, it’s hard to show people how easy it is to get involved. It just takes a push in the right direction. We can make this business great again!”

The 2016 racing season at Yonkers Raceway will conclude on Sunday, December 18 with a 1 p.m. first post.

Yonkers Raceway has submitted a 2017 calendar of 238 racing dates to the New York Gaming Commission with a proposed return to racing on the afternoon of Sunday, January 8. The opening-day card in 2017 will feature purses boosted from their normal levels in appreciation of horsemen both old and new.