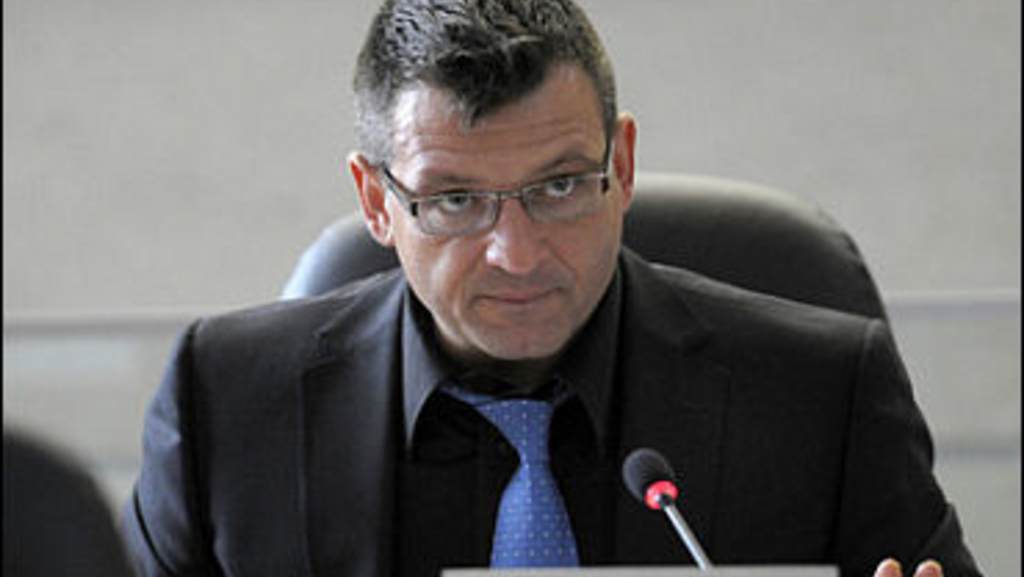 If there was ever any confusion as to where Hamilton Councillor Sam Merulla stands on the Ontario Lottery and Gaming Corp.'s controversial gaming modernization plan, he cleared that up --- and then some --- Thursday, December 13 at Hamilton City Council.

Merulla is just one of the many Hamilton Councillors that is fighting the OLG's push to strong-arm a full blown casino into the city's downtown quarters. The Councilors in question have repeatedly said that the existing gaming facilities at Flamboro Downs have benefitted the province, city, residents and horse-racing industry for years, and that there is no good reason to fix what is not broken.

In early November, the OLG bowed to the pressure which was applied by Hamilton and extended the deadline for the city to decide whether or not it will allow the provincial gaming arm to muscle its way in to the city's downtown quarters.

While speaking in Council today, Merulla --- in reference to the OLG's desired rural-to-urban push in Hamilton --- essentially said that the provincial gaming operator has set its sights on the province's own citizens to extract as much money from their wallets, purses and debit cards as they can.

All financial references aside, Merulla, in characterizing the OLG's new 'urban' approach,' compared the OLG to 'crack dealers.'

"Americans have their own casinos and their own problems associated with those casinos," he said. "So now, what does OLG do? 'We're losing money, so rather than targeting the tourists, let's target our own residents.' And I say to you, when you look at (what) their actual plan is, their plan is to go where the people are.

"Where the people are, are where the problems are, so, in essence, when you compound that with socio-economic issues that Hamilton has in those areas, they're no better than a crack dealer."

"The casino, clearly, needs to stay in Flamboro Downs," Hamilton Councillor Judy Partridge told CHCH TV in an interview afterward. "I'm the Ward Councillor… Ward 15 in Flamboro… and we have an existing casino. Flamboro Downs has been there for 37 years. It has been successful; it employs approximately 3,000 people through the City of Hamilton, mostly in Flamboro. It just makes no sense whatsoever to locate it (casino expansion) anywhere else. I particularly would not support it (expansion) in downtown Hamilton."

Partridge also said that a public forum to discuss the issue has been scheduled for Wednesday, January 16 in Waterdown at Waterdown District High School from 6:30 p.m. until 8:30 p.m.

(With files from CHCH)

so great to have one city

so great to have one city council appreciate the efforts of the horse racing community and we in the horse business sure appeciate your loyalty. Too bad there aren't more politicians that actually work for their constituents.

We need those comments from

We need those comments from Toronto COUNCILLORS too!

I have no use for crack

I have no use for crack dealers, but to compare the OLG to them is an insult to the Crack Dealers!

In reply to "They're no better than crack by glenn bechtel

Not only will these Liberals

Not only will these Liberals bankrupt the province but they are themselves morally bankrupt.

Can't say it much clearer

Can't say it much clearer than that! Clever man.

"They're no better than crack

"They're no better than crack dealers" What a catchy slogan to put on a Tshirt and wear at every race track throughout Ontario. I am calling my local Tshirt shop and asking for a quote on 100 shirts. We have been trying to find the words to describe the OLG and the Liberals and it took a councillor from Hamilton to sum up their behaviour. Thanks Sam

Are you listening Mr Godfrey.

Are you listening Mr Godfrey. "there was no need to fix what wasn't broke!"