The fastest freshman filly ever at Century Downs, Burning Hot gave her rivals the cold shoulder with a confident score in the $30,000 Emerald Filly Pace on the final card of the Calgary-area track's 2020 season.

With regular pilot Phil Giesbrecht at the controls under deteriorating conditions, Burning Hot commanded all the respect given her track record status and three straight wins coming into Saturday. After making the lead in the first few strides, that's as close as the competition would get to Burning Hot. She posted panels of :30.3, 1:01.1 and 1:31.4 before sprinting home in :28.4 to trip the timer in 2:00.3. Sent By Angels (Brandon Campbell) was a best-of-the-rest second, two-and-a-half lengths back of the winner with Outlaw Endofanera (Nathan Sobey) completing the triactor. 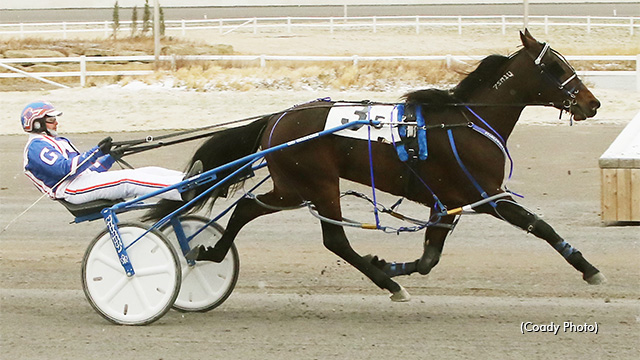 Giesbrecht came within a nose of sweeping the Saturday stakes. In the $30,000 Century Mile Pace for two-year-old pacing colts and geldings, Sunshine Boy (B. Campbell) popped the pocket on favoured Dragon Energy (Dave Kelly) approaching the 1:29.2 three-quarter mark and started to edge past the pacesetter around the final turn. Carro B Bunsen was launched into the three path by Giesbrecht for a stretch rally but came up just short as Sunshine Boy tripped the timer a nose the best in 1:58.4. Dragon Energy held off the attack of Shark Week (Mike Hennessy) for show. 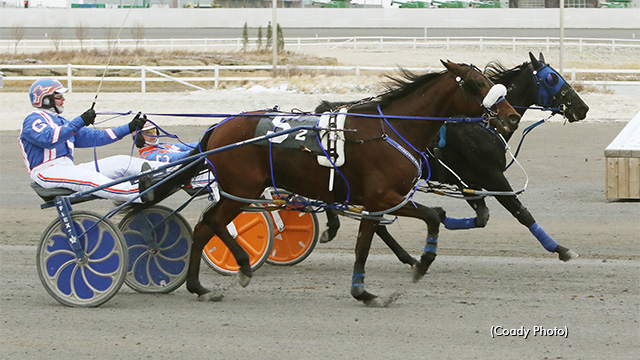 Trained by Campbell for owners Peter Chanak of Edmonton, Dana Shore of St. Albert and former Sunshine Girl Jodi Loftus of Calgary, Alta., Sunshine Boy (Sunshine Beach - Betterfrombehind) notched his second win of the season and paced back to his lifetime best. The winner's share of the purse more than doubled his rookie season earnings, now standing at $24,470 from eight outings.

The win was one of three for trainer Brandon Campbell on the afternoon. Campbell pupils Buddy Light ($4.00) and Ima Dude ($3.50) later visited the winner's circle on the 12-race card.

Harness racing in Alberta shifts to Century Mile starting next Saturday (Nov. 14) with cards on Saturdays and Sundays through to the end of the year.