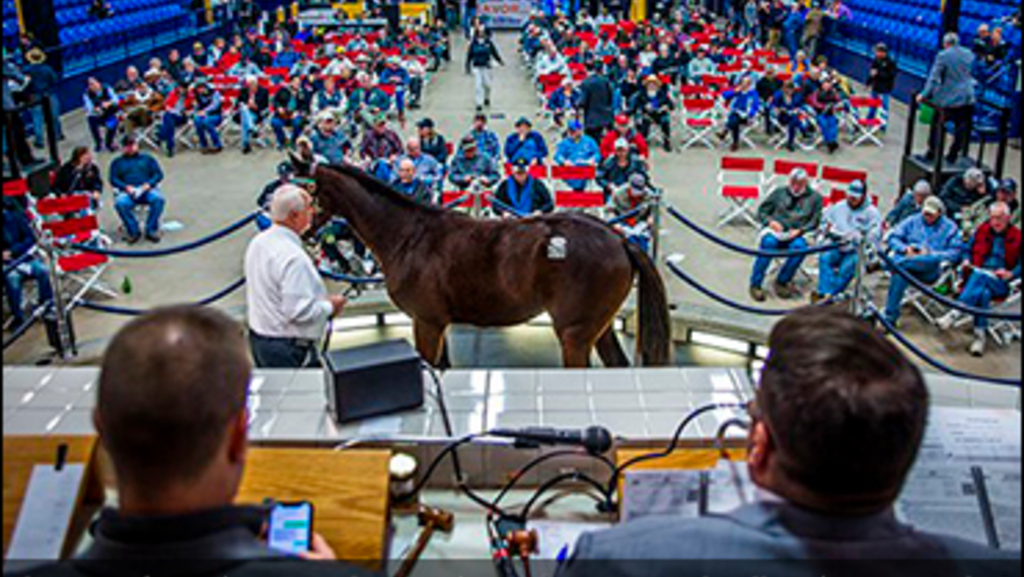 The session brought the yearling portion of the sale to its conclusion, where a total of 833 horses sold for a record average of $48,903. The previous best average was set last year, at $42,675 for 830 horses. This year’s average represented a 14.5 per cent increase.

“It was a great sale,” Standardbred Horse Sale President and CEO Pete Spears said. “I think the sale was strong throughout, all the way to the end. There was a great reception for the top sires and many, many top-selling horses. We’re very happy.”

Ontarian Casie Coleman accounted for the second highest purchase price in the session, taking Twin B Edge, a son of Betting Line and Twin B Exquisite, from Twinbrook Farms for $110,000.

The highest-selling trotter of the session, Swingforthefences, attracted a $100,000 bid from Ontarian Melvin Hartman. The son of Swan For All and Sunday Yankee is eligible to both the Indiana and New Jersey programs, and is a half-brother to stakes winners Sunday Yankee and Miss Sue V.

Lucky Elite took top billing among Ontario-sired horses, being purchased by Québec native Michel Lachance for $75,000 from Walnridge Farm. The son of Sunshine Beach is the first foal of Twin B Elite, who banked over $400,000 and won an Ontario Sires Stakes Grassroots event in her three-year-old season.

A two-day mixed sale concludes the week-long schedule, with sessions on Thursday (Nov. 7) and Friday (Nov. 8) beginning at 10 a.m. (EST).

(with files from the USTA)