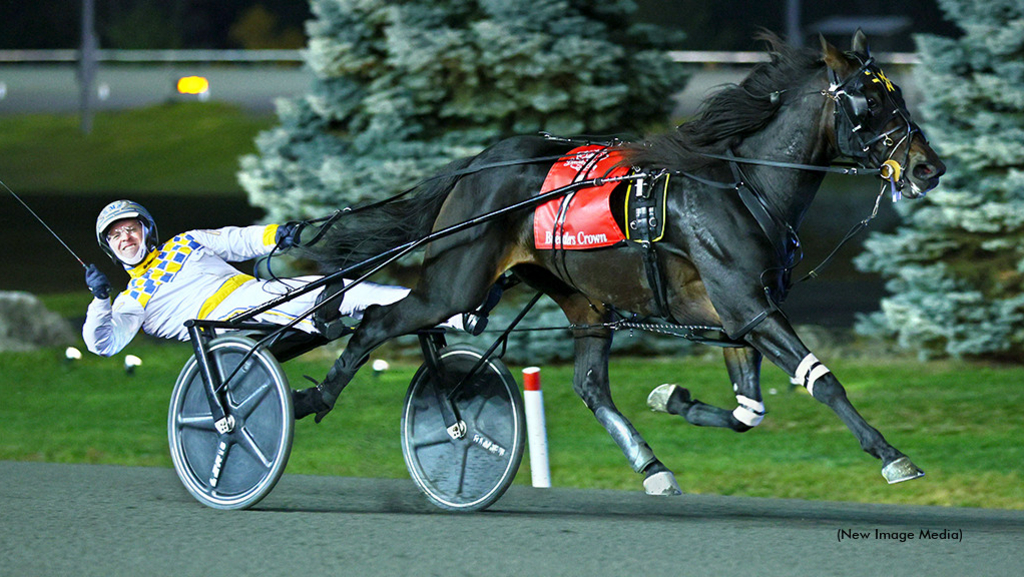 True to his name, 2021 Dan Patch Two-Year-Old Trotting Colt of the Year and Breeders Crown champion King Of The North (3,1:50.3, $1,370,242) will head north of the border as the heir apparent to the trotting stallion throne.

After much deliberation, Kountry Lane Standardbreds has announced that the richest son of siring sensation Walner will stand at Tara Hills Stud in Port Perry, Ont. for stud duties in 2023.

"King Of The North will lead the charge of an exciting new generation of trotting genetics, ticking all the boxes expected of any world-class stallion with the pedigree, race resume and striking good looks to match," said Kountry Lane Standardbreds in a release. "Few, if any, trotting stallions can lay claim to being... by a world champion and out of a world champion like King Of The North."

Upon making his grand entrance to the stallion market in 2023, King Of The North will become the first son of boom sire Walner to be available to trotting breeders anywhere in the world.

Walner’s impact on the studbook has been nothing short of remarkable, with his first two crops taking the trotting world by storm. The magnificent son of Chapter Seven wasted no time in knocking his own sire off his perch, leading the money list for two-year-old trotters with his debut crop in 2021 with world champion juveniles such as King Of The North, Venerable (2,1:52, $1,348,176) and Jiggy Jog S (2,1:52.2; 3,1:50, $1,250,293).

Walner further asserted his dominant arrival by once again leading the money list for two and three-year-old trotters. Incredibly, with 78 fewer starters and only one-fifth of the foals on the ground, Walner currently sits in third place on the all-age money list behind the great Muscle Hill, with less than $100,000 in earnings separating them (as of Nov. 30).

King Of The North’s dam is the world champion Donato Hanover mare, Check Me Out (4, 1:51.2, $1,906,7468), who was both the Dan Patch and O’Brien Award-winning filly at ages two and three, setting world records for her age and sex along the way. Check Me Out’s grand dam is the millionaire-earning world champion and 1997 Three-Year-Old Filly of the Year in the U.S., No Nonsense Woman, showcasing the great depth to the maternal family King Of The North inherits, something every great stallion requires.

King Of The North has won three of his last four starts this season before retiring to stallion duty, including the $810,000 Breeders Crown, where he took his lifetime mark of 1:50.3. That was the fastest mile ever by a three-year-old trotter in the history of the Breeders Crown, it was also the fastest Canadian mile ever by a trotting colt and a Woodbine Mohawk Park track record. He also has won the $200,000 Carl Erskine Memorial at Hoosier Park and his Breeders Crown elimination, leaving King Of The North as the leading contender for Three-Year-old Trotting Colt of the Year honours.

Pending fertility tests, a decision will be made for public shareholder opportunities in this stallion prospect.

For more information on King Of The North, go to Tara Hills Stud website or contact David Heffering at 905-985-7770.

(With files from Kountry Lane Standardbreds)

Tags
King Of The North
Stallions
Most Popular Stories