Northern Express and driver Russel Foster blasted from the wings of the starting gate and reached the opening quarter in :27.1. Northern Express was in search of his third-consecutive win and continued to lead the field to the half in :56.1. Swansea, the 6/5 favourite, was content to sit in the pocket. Crystal Fashion moved off the pylons past the half from sixth and marched up the backstretch uncoverd and on the rim. 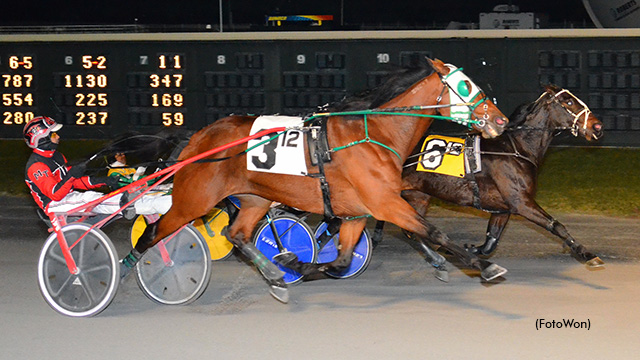 Northern Express fought gallantly but finished second for trainer Arty Foster Jr. and his son driver Russell Foster. Swansea sat in the pocket but could not gain on the leader. Scott DiDomenico trained and Tim Tetrick drove.

Corey Callahan had five wins on the betting card.

A rare phenomenon occurred in the third race. There was a triple dead-heat for place. Sharing in the photo were Sweet Gisele, Sashas Legacy and Rewrite The Stars.