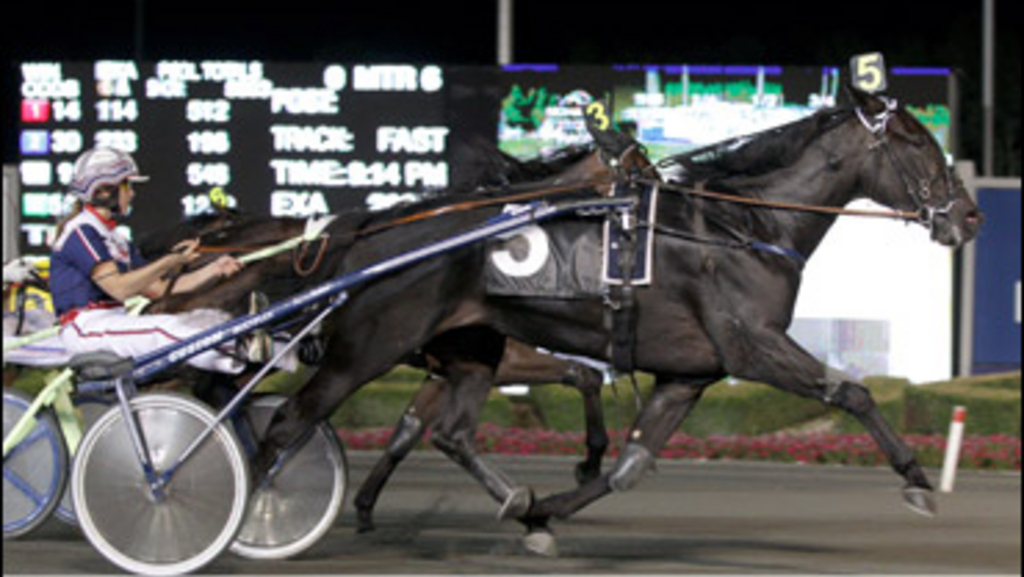 Post 7 starter Emmylou Who (Lyle MacArthur) opened up an early two-length lead off the gate but was quickly collared by the parked out Random Destiny and trainer-driver Riina Rekila, who left from Post 3, just past the :28.2 opening quarter.

With her sights set on cutting out the mile again this week, elimination runner-up Emmylou Who moved back out for the retake in front of the grandstand and cleared the lead at the half in :57.2 with Ipromisenottotell (Phil Hudon) advancing first over from fifth.

Emmylou Who trotted past three-quarters in 1:26.1 and braced for a challenge from the pocket-pulling Random Destiny in the stretch, but couldn’t hold off the elimination winner. Random Destiny kicked home in :29.3 to edge out Emmylou Who for the second consecutive week in 1:56 by a neck. The time of the mile equaled the three-year-old trotting track record for fillies set by Carolyn As in 2007.

Ipromisenottotell finished one length behind in third with Poof Shes Gone (David Miller) and Woke Up Dreaming (Doug McNair) completing the cashers.

The top 10 three-year-old trotting fillies in the OSS program will begin prepping for the $300,000 season-ending Super Final, scheduled for Nov. 13 at Woodbine Racetrack.