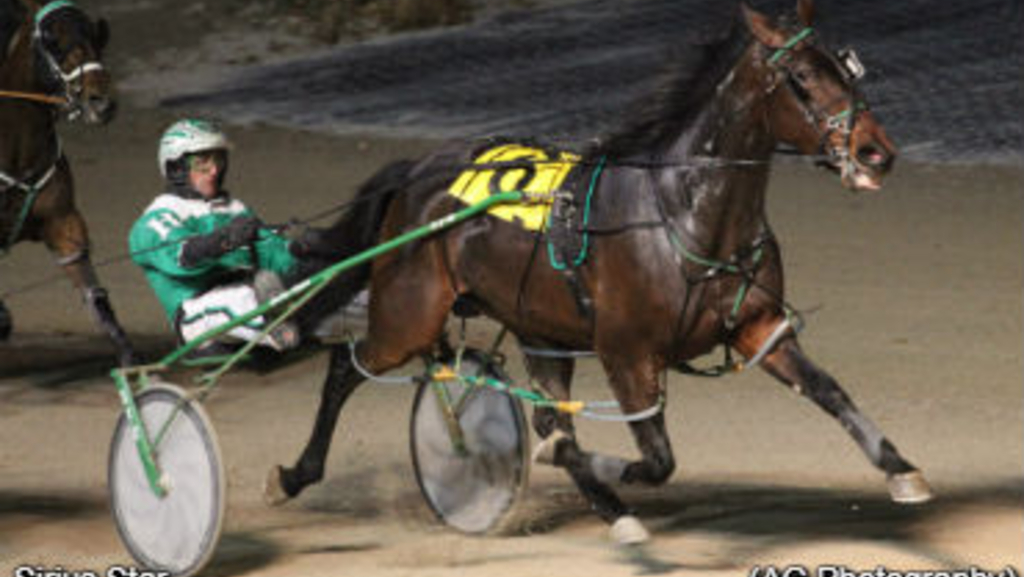 Sirius Star was a handy winner in the first two legs of the Ontario-Sired Autumn Series for two- and three-year-old fillies at The Raceway at Western Fair District, and it was more of the same in Monday’s rich final.

It was the fifth win of the season from 10 attempts for the three-year-old daughter of Mach Three-Siri Hanover, who hangs her harness bag in the barn of trainer Mark Horner. Mark shares ownership on the six-time winner with Douglas Wilson of Dorchester, Ont. The victory bumped her lifetime bankroll to $36,122.

The card also featured a pair of Preferred events for horse and gelding pacers – one going the distance of a mile and the other going 1-1/16 miles.

The veteran was treated to a two-hole trip behind D M Johnwick every step of the mile before finding clearance in the lane. Once the room opened up, the veteran popped out and got up to win by a neck in 2:05.3 over D M Johnwick. Bettors Western finished third.

Sent off at odds of 22-1, the 11-year-old son of Sagebrush-A Passing Breeze won for the sixth time this season and for the 42nd time in his career. He’s closing in on $200,000 in career earnings for owner/trainer William Leon of Maidstone, Ont.