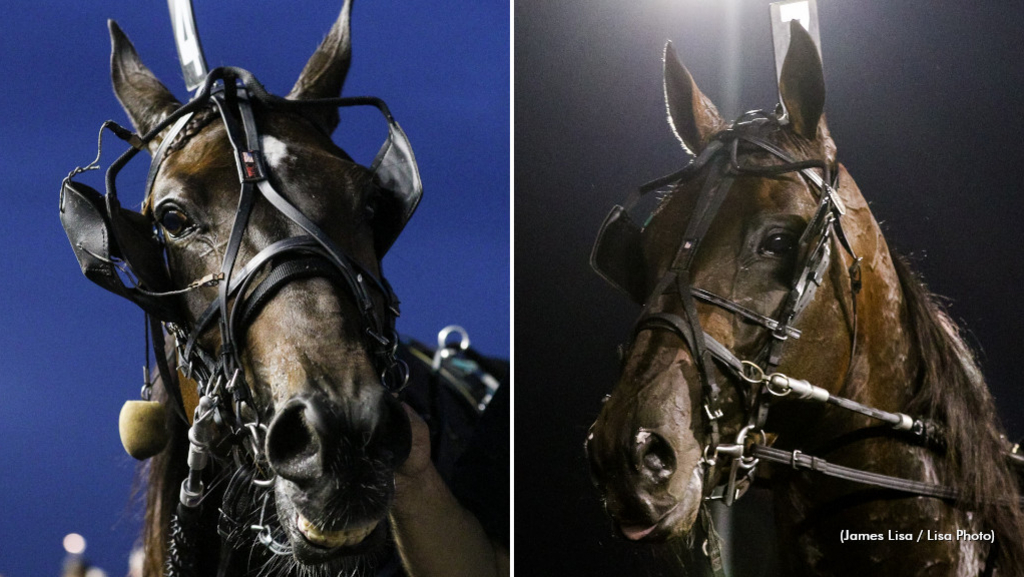 Harness racing’s biggest stars will battle it out on the track on Saturday, Nov. 26 in the TVG Championships and Fall Four stakes finals at the Meadowlands Racetrack. This year will be extra special with two of the sport’s biggest stars, Atlanta and Bulldog Hanover, retiring following their starts in their TVG finals.

The great Atlanta’s retirement ceremony will be held following the final start of her career – the TVG Mares Trot Championship on Saturday.

The O'Brien and Dan Patch Award-winning trotting mare has amassed nearly $3.8 million in earnings and is history’s co-fastest female trotter with a time of 1:49.

A commemorative video will be shown during the ceremony and the first 250 fans will receive a ceramic mug commemorating Atlanta’s 2018 Hambletonian victory.

“Atlanta is one of the greatest race mares of all time,” stated Jason Settlemoir, COO and GM of the Meadowlands Racetrack.  “She had so many major victories here – the 2018 Hambletonian, 2019 Graduate, 2020 Cutler 2021 Steele Memorial, just to name a few.  She created so many great racing memories here and we are honoured that the Meadowlands is the track where she makes the final start of her career.”

World record holder Bulldog Hanover will also retire following his TVG Championship on Nov. 26.  This outstanding four-year-old pacer won the $500,000 William R. Haughton Memorial in a world-record time of 1:45.4 on July 16 at the Meadowlands. He rolled off 13 victories this season, capturing the Breeders Crown title along with the Dayton Derby, Hoosier Park Pacing Derby, Canadian Pacing Derby, the Dan Patch, William R. Haughton, Graduate and the Roll With Joe finals.

A commemorative video will play during Bulldog Hanover’s retirement ceremony and the first 250 fans will receive a ceramic mug commemorating 'Bulldog' as the fastest harness horse in history.

“Bulldog Hanover gave us a 1:45.4 world record performance on July 16th,” said Settlemoir. “It’s only fitting he retires on the track where he gave us that spectacular performance."

(With files from The Meadowlands)