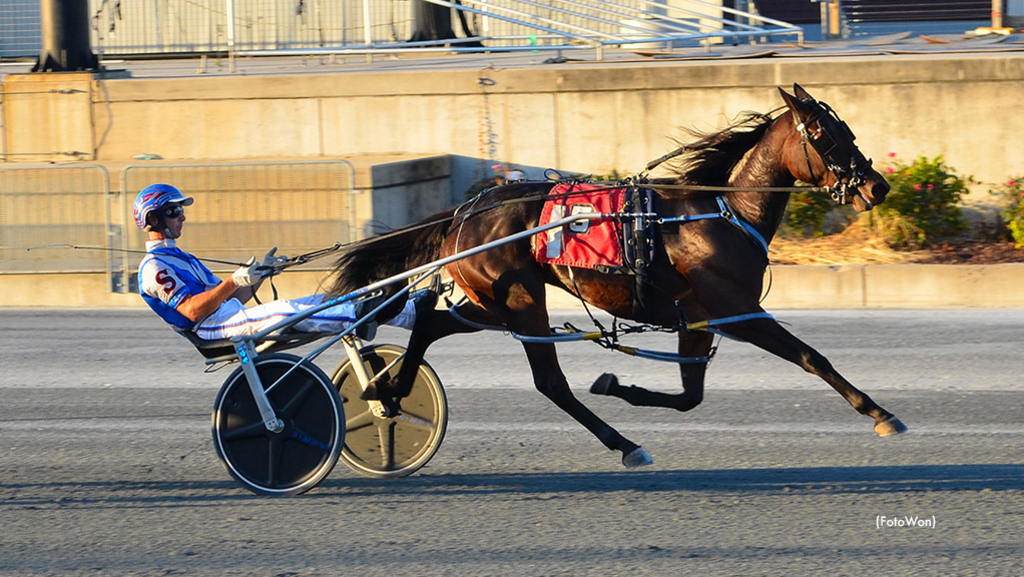 By way of a seven-race win streak, Stephen Messick's homebred Misty Coast has stamped herself as the filly to beat in Wednesday's (Nov. 23) $100,000 Delaware Standardbred Breeders' Fund final for two-year-old pacing fillies at Bally's Dover.

Not only would a win in the event give Misty Coast her second DSBF title — she won the Harrington series final in October — but it would figure to be particularly special for the filly's connections for other reasons, too.

The race is named in memory of Ramona Hubbard, a well-loved clerk of course and race office assistant throughout the Delmarva region for over 40 years — as well as the mother-in-law of Misty Coast's trainer, Les Givens.

After being one of two fillies to sweep her preliminary events, Misty Coast has been named the 9-5 morning line favourite in the Hubbard, carded as the 10th of 15 races on the card, and will start from post three. Regular reinsman Art Stafford Jr. retains the driving assignment. Direct Mist, who was second to Misty Coast last week, is the 2-1 second choice from post eight with Trae Porter aboard, while Killer Stripes (post four, Dexter Dunn), the other two-time preliminary winner, is the 4-1 third choice.

Misty Coast, by Powerful Mist, is out of Cruisinthecoast, one of three broodmares owned by Messick, a veteran Standardbred owner and breeder who has been involved on the Delaware circuit since the 1970s. As it turns out, Messick's wife, Donna, took second in Monday's (Nov. 21) DSBF final for rookie pacing colts and geldings with Delightinhisglory, whom she bred and also co-owns with JoAnn Looney-King.