First North American Win For Something Bettor A At Plainridge 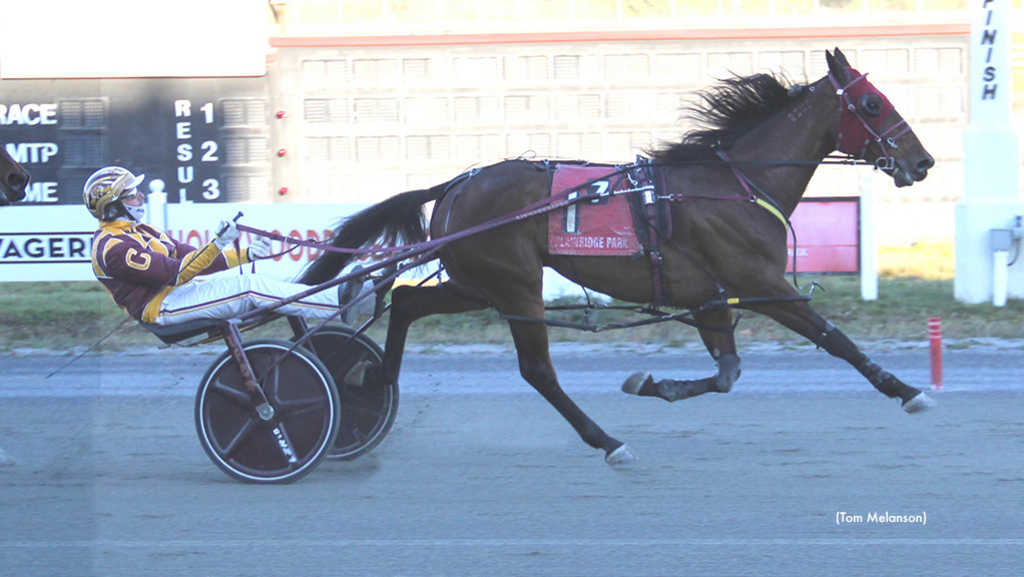 It’s been over three months since Something Bettor A made his final Australian start at Tabcorp Park Melton to embark on the long journey to the United States in September to get underway for his new connections. But since getting back to work earlier this month, it didn't take long for him to make his mark in only his second start in this hemisphere after winning the $20,000 conditioned pace at Plainridge Park on Tuesday afternoon (Nov. 22).

It was the seventh career win for Something Bettor A ($4.80). The very lightly raced five-year-old son of Bettors Delight-Distant Memory is owned by his driver Cushing along with Kevin Sywyck. Heidi Gibbs trains the winner.

There were also two $17,500 paces for fillies and mares on the program and both winners were steered to victory by Matty “Ice” Athearn. The first winner was Betterthanhope N, who is another recent Australian import that made her local debut back in August.

Athearn left from post seven with Betterthanhope N and didn't clear until past the quarter, but once on the point she finished the job. The field stayed in single file until the five-eighths when Tobins Diva (Luke Hanners) pulled from fourth and drew alongside Betterthanhope N before the last turn. The two matched strides around that bend but at the top of the stretch, Betterthanhope N rebuffed the challenge, drew clear by a length and then maintained her advantage to the line where she won in 1:54.4.

It was the second straight win for Betterthanhope N ($8.40) who is owned and trained by Randy Bickmore, who had two wins during the day making him the leading conditioner on Tuesday.

Then, Athearn scored with another streaking filly named Sweet Charlie who captured her third straight win.

The Charging Moa N (Luke Hanners) was the fastest of five leavers and took the field to the quarter in :26.3. Hilaria (Mike Steveson) was unable to seat in the melee and continued forward on the rim, pushing the half to :55 flat. Heading up the backstretch, Hilaria began to fade while Athearn pulled Sweet Charlie from sixth and went three-wide around Hilaria. Then Sweet Charlie was forced to remain three-wide as Sarah’s Lily (Bruce Ranger) who slipped off the pegs under Hilaria. They were three across the track in the last turn and to the top of the stretch where The Charging Moa N tired, leaving Sarahs Lily and Sweet Charlie to battle it out. They matched strides to mid-stretch when Sweet Charlie paced clear under a highly animated drive by Athearn and won by 1-1/4 lengths in 1:53.2.

Sweet Charlie ($5.80) is owned by Linwood Higgins and is trained by Gretchen Athearn.

Bruce Ranger led all drivers for wins, registering a hat trick during the afternoon.

Please note that there will be no live racing or simulcast at Plainridge Park this Thursday (Nov. 24) due to the Thanksgiving holiday. However, the final card of live harness racing this year will be held on Friday (Nov. 25) at 1 p.m. to end the 2022 meet.

There is a $5,680 carryover in the Wicked Hi-5 pentafecta in the sixth race on Friday and as it’s the final race day of racing, there is a mandatory payout for this wager.