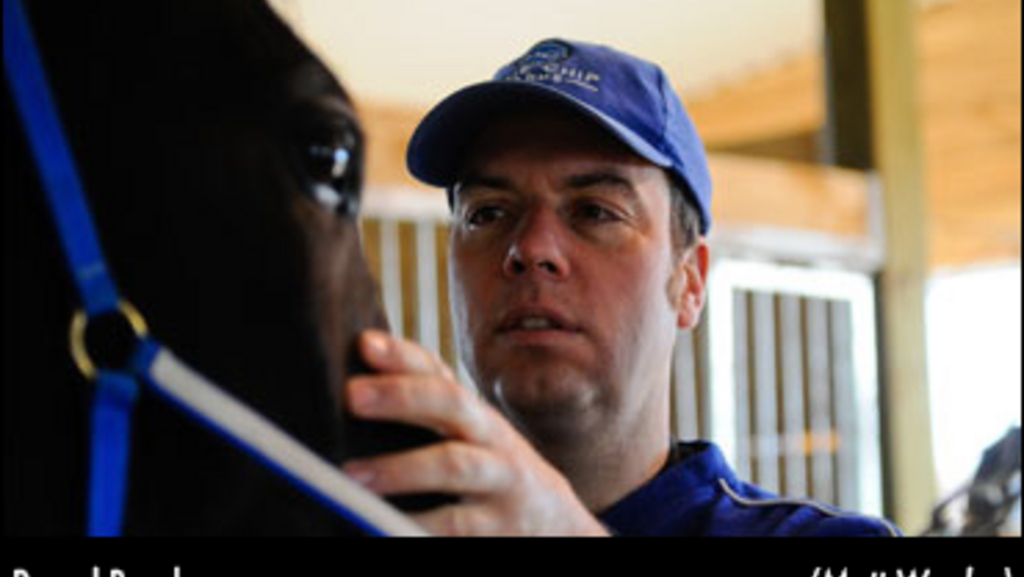 Despite having recently moved his stable to Toronto and thus not having a single drive on Sunday's (Nov. 22) closing day card at Hippodrome 3R, Pascal Berube maintained his lead atop the driving standings — albeit narrowly — to take top honours over Stephane Brosseau, 52-51.

Brosseau posed a big threat on the Sunday card, having won three of the first seven races and just needing a victory with Bali in the eighth to secure a tie. But, it was not to be, as they were boxed in for most of the race and finished third.

“I wish I could have been at H3R today,” Berube said. “It is a beautiful track that I hold dear in my heart. But I am very happy to hear this news.”

As for the training title, that went to Francis Richard for the fourth straight year. He had 33 wins from his stable this season.

Farmers Tan (Carol Voyer) was the first on the early lead, but was challenged early by Maracasso and Stephane Gendron, who pressed on to take command in a swift :26.2 first quarter.

There was no chance for a breather as Maracasso led the field to the half in :55.3 before Wrangler Cash and Francis Picard advanced first-over to challenge.

In the backstretch, those two battled neck and neck to the three-quarters in 1:25.2 with neither horse giving way. In the stretch, Maracasso proved to be much the best, fending off Wranglers Cash in the stretch to win by 1-1/4 lengths in 1:56. Dreydl Hanover (Samuel Fillion) was a fast closing third. 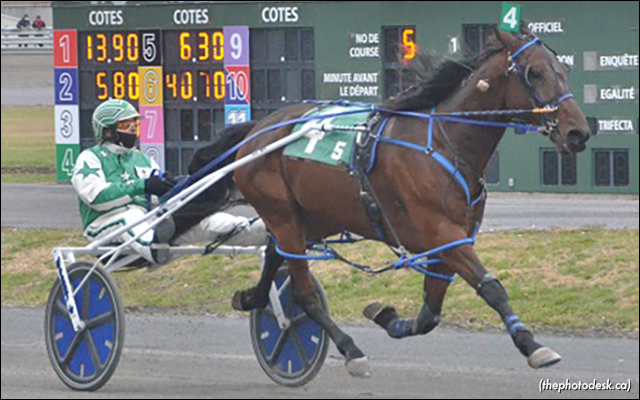 It was the fourth win of the year for Maracasso, an eight-year-old gelding by Lis Mara. He is trained by Sylvain Tremblay for the Alpha Stable and paid $10.60 to win.

Keepall (Gendron) cut the mile from the start with Precieuse CC (Claude Beausoleil) sitting the pocket seat until the half. Then, Sir Chopin and Voyer came first-over, collaring Keepall in the backstretch and not looking back from there.

At the top of the stretch, Sir Chopin pulled away from the field to win with ease by 5-1/2 lengths in 1:59.1. Dr Spengler (Stephane Brosseau) closed for second place with Eau Naturelle (Simon Delisle) third.

It was the third win this year for Sir Chopin, a five-year-old gelded son of Lucky Fool, who paid $7.00 to win.

The biggest upset of the day came in the Fillies and Mares Preferred Handicap.

It was a three-horse battle for early control of the lead between Fancy Girl (Francis Picard), Shemaksmefelunreal (Sylvain Lacaille) and favourite Wild River Swan (Fillion) to the opening quarter mile in :27.2.

Wild River Swan won the battle and led to the half in :57.1, at which point Sophies Cam and Brosseau started up first-over with Y C Easy (Steeven Genois) second-over.

In the backstretch, Sophies Cam charged right by Wild River Swan — as did Y C Easy — to the three-quarters in 1:27.1. From there, Sophies Cam drew off from the field and won with ease by 1-1/2 lengths in 1:57.4. Kiss Me Bad (Steven Gagnon) closed to be second with Y C Easy third.

Sent off at odds of 9-1, Sophies Cam returned a generous $21.90 to win. It was the daughter of Yankee Cam’s seventh win of the year for trainer Carl Duguay and owner-breeder Yvanhoe Landry.

The 14-year-old Onyx V A gave it his all in his career finale for trainer-driver Claude Beausoleil, cutting the mile and parking out favourite Soleil Gretzky (Brosseau) until the stretch. Despite Onyx V A's best effort, Soleil Gretzky ($2.80) won in 1:58.3 while Onyx V A faded to fourth.

After the race, in a fitting tribute, all of Onyx V A's racing equipment was removed in the winner’s circle, and the horse was presented a special retirement blanket from the staff of the Québec Jockey Club. 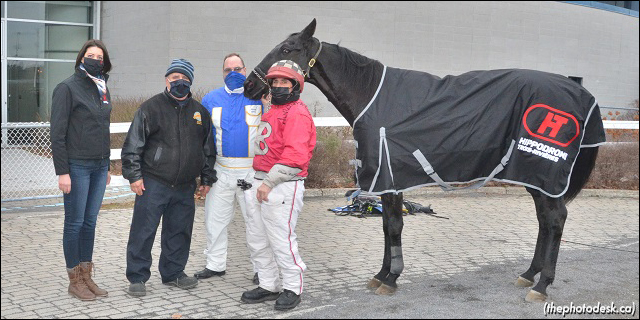 Onyx V A was honoured with a special retirement ceremony in the Hippodrome 3R winner's enclosure following the final start of his 14-year-old season.

Owned his entire race career by Andre Larcoque, Onyx V A, sired by Electric Stena, will now enjoy retirement. He ends his career with 47 lifetime wins and earnings of more than $300,000.

Brosseau led all drivers with three wins on the day. Carl Duguay led all trainers with a double. This was the final day of live racing at H3R for the 2020 season. The track and OTB outlets throughout Quebec will be open seven days a week for simulcasting through the winter. For more information, visit www.hippodrome3R.ca.