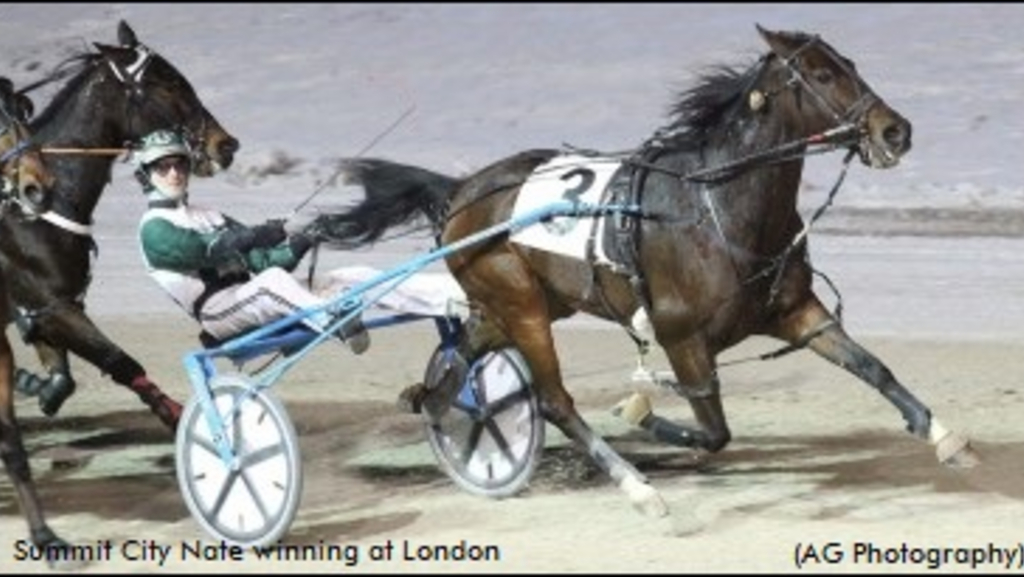 The six-year-old gelding by Justice Hall cleared control from pacesetter Fork following a :28.3 opening quarter. Unchallneged to the half in :59.3, Summit City Nate endured slight first-over pressure from favourite Scene A Magician heading through three-quarters in 1:29.2 but held control into the lane.

Riding cover second over, Yoooukilis fanned wide into the lane and lunged towards the leader nearing the line but settled for a second a half-length off the winner in the 2:00.4 mile. Scene A Magician held third.

Owned and trained by John Smith Jr., the eight-year-old mare by Stonebridge Regal sat fifth through a :28 opening quarter set by favourite Barbies Belle. Phoos Girl, parked to the quarter, soon cleared to control heading to a :57.4 half while Regal Luck caught cover second over behind Insincerity.

Phoos Girl passed three-quarters in 1:27.4 as Insincerity dug into the leader before faltering into the final turn. Driver Scott Young kicked off cover with Regal Luck and drew within two lengths of the lead turning for home and powered to a three-length victory over Phoos Girl at the wire. Early pacesetter Barbies Belle held third.