On Monday, November 21 in Ontario Superior Court, horseman Chris Haskell pleaded guilty charges to fraud and attempted fraud over $5,000 in relation to incidents in 2010 at the now-shuttered Windsor Raceway. 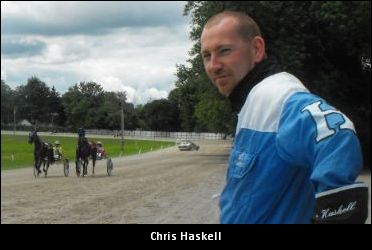 A story on the situation by The Windsor Star states that an agreed statement of facts were read in court outlining that Haskell was caught on camera injecting a horse with a substance.

The next month (November 2010), Haskell’s vehicle was searched at the raceway and six syringes loaded with performance-enhancing substances were found in his possession. The Ontario Provincial Police investigation alleged that the syringes were meant for his horses that he was going to race that day.

A joint submission by Haskell’s lawyer and crown prosecutors asked for Haskell to be sentenced the same way as Riesberry – a $2,500 fine for injecting the horse (fraud) and a $1,250 fine for being caught with the loaded syringes (attempted fraud).

The Superior Court Justice overseeing the matter, Steven Rogin, accepted the submission and Haskell has one year to pay the fines.

(With files from The Windsor Star)