Enavant In Charge In Potomac 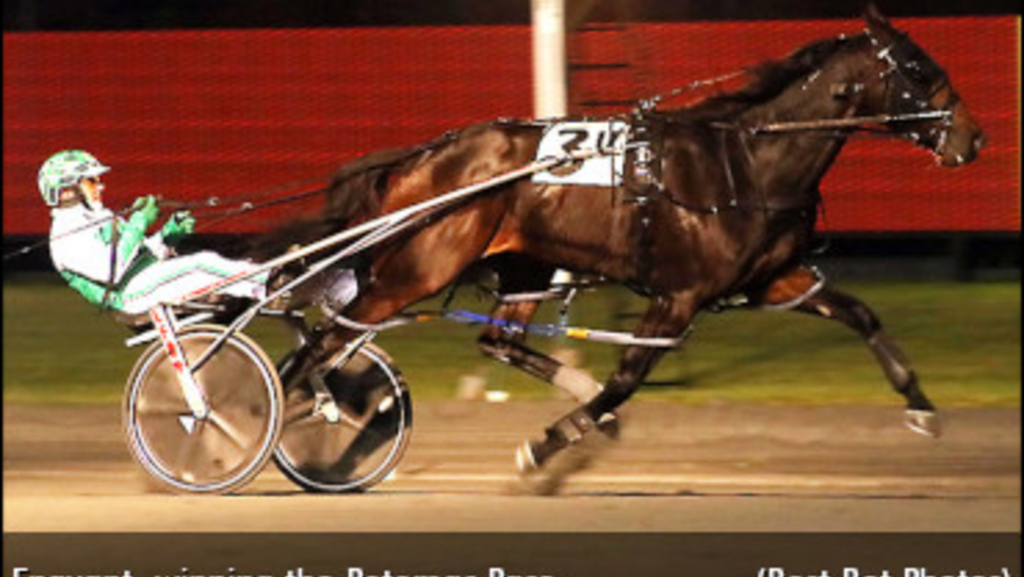 Determination and Guy Corbeil’s Enavant, fourth in the $600,000 Breeders Crown last time out, went by the 1-2 favourite Allywag Hanover shortly after the opening quarter and never looked back, drawing away down the stretch to win Sunday evening’s (Nov. 14) sixth running of the $100,000 Potomac Pace at Rosecroft.

Enavant, a five-year-old gelded son of Somebeachsomewhere trained by Luc Blais, was a length behind third-place Allywag Hanover in the Breeders Crown. He had previously finished second to Allywag Hanover in the Sept. 18 Gold Cup at Woodbine Mohawk Park. Enavant has won five of 14 starts this year and has finished in the top three in 11 of those 14 starts.

While This Is The Plan went to the front after leaving the gate, Allywag Hanover took the lead around the first turn entering the stretch past a :26 opening quarter. But Dube, first over, decided he would challenge the favorite and took control approaching the second turn before stopping the teletimer for the half in :53.2. While Allywag Hanover had a perfect pocket trip, he simply couldn’t challenge Enavant on this night.

Dube said he had no plan going into the race.

“I make no plans,” he said. “I saw leaving I had to come first over so I took a shot. A good horse…they keep going. The last time he raced at the Meadowlands [in the Breeders Crown] he come back [:]25 at the end. He was flying home. We wanted to give him a shot tonight.” 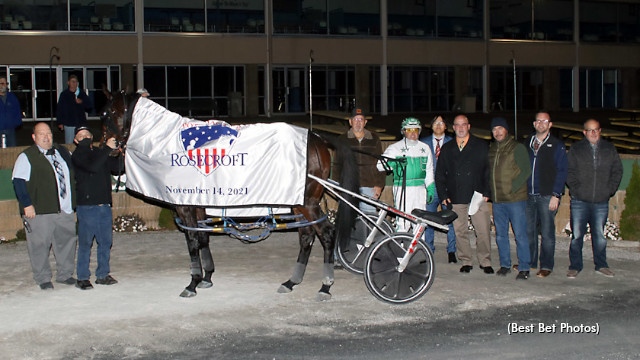 Earlier in the evening the 1-5 favourite Covered Bridge, driven by Yannick Gingras and trained by Ron Burke, drew away from the 50-1 shot Sugartown down the stretch to win the $25,000 Henry Sacks Memorial Pace. Covered Bridge, a winner of 17 of 67 starts, covered the mile in 1:50. Rocktavius checked in third and Slick Tony fourth.

With Allywag Hanover failing to win The Breeders Crown and The Potomac, the APHOTY could be decided on Saturday night at The Meadowlands in The TVG.