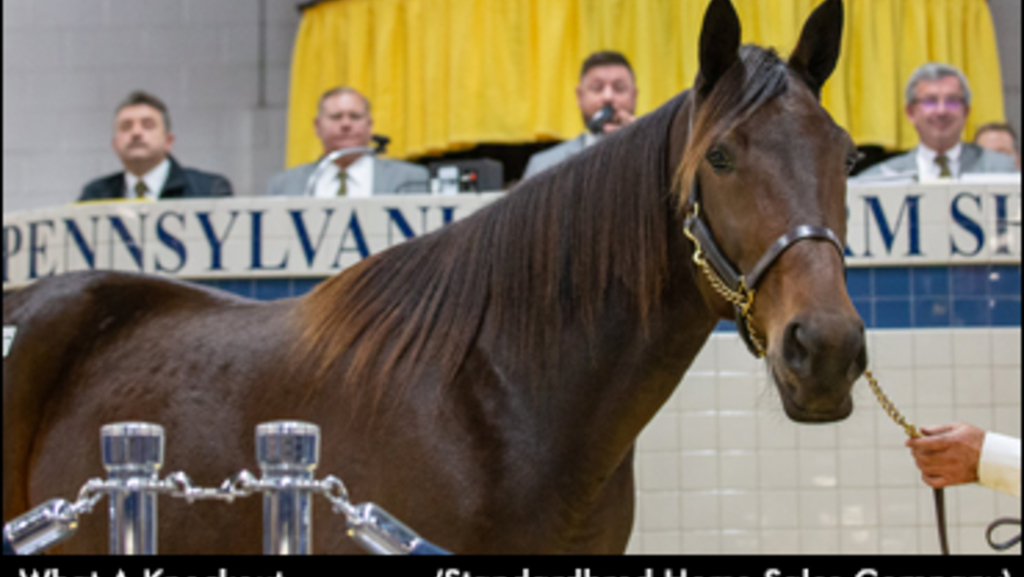 What A Knockout turned heads at the first mixed session of the 2021 Standardbred Horse Sale in Harrisburg, Pennsylvania with a top Thursday bid north of a half-million dollars. 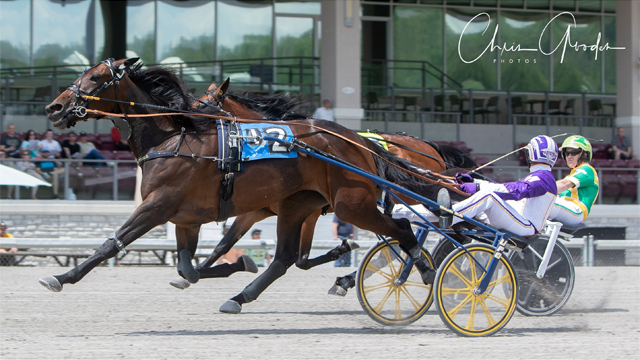 What A Knockout, Hip 1097, was sold as part of a mare dispersal in foal to Muscle Hill for $595,000 to Hanover Shoe Farms. From the Peninsula Farm consignment, the six-year-old Donato Hanover-Southwind Sofia mare was a Pennsylvania Sire Stakes winner and took a mark of 1:52.4 at The Meadowlands for owner Herb Liverman. Her first foal is a Muscle Hill yearling filly The Ladys A Ten, who sold for $100,000 at last month's Lexington Selected Yearling Sale to Yankeeland Partners.

Jolie De Vie, Hip 1110, also attracted a high bid of $425,000. The seven-year-old Muscle Hill-Dream Angel mare was purchased from the Preferred Equine consignment in foal to Walner by Steven H. Stewart of Paris, Kentucky. The unraced broodmare is a half-sister to trotting mare Oasis Dream ($221,961 - 1:53.4), a Pennsylvania Sire Stakes championship runner-up at two and winner of a Kentucky Futurity Filly elimination heat in a career-best 1:53.4 at The Red Mile. Jolie De Vie's first two foals are stakes winners and have each earned nearly $200,000, including this Saturday's Kindergarten Classic two-year-old filly trot favourite Lilbitalexis, who is seven-for-10 in her freshman season with a mark of 1:52.2 and victories in the Bluegrass Stakes and Breeders Crown elimination.

Other top priced purchases of the day, trotting broodmares Graceful Lady ($360,000, in foal to Muscle Hill) and Maven ($285,000, in foal to Tactical Landing), were bought by Jean-Pierre Barjon of Paris, France. Graceful Lady is a four-year-old Father Patrick three-quarter sister to Hambletonian Oaks winner Lifetime Pursuit. Maven, a 12-year-old daughter of Glidemaster, is a multiple award-winning world champion who earned more than $2 million in her racing career.

The five-day auction will wrap up with the final mixed session on Friday, starting at 10 a.m.