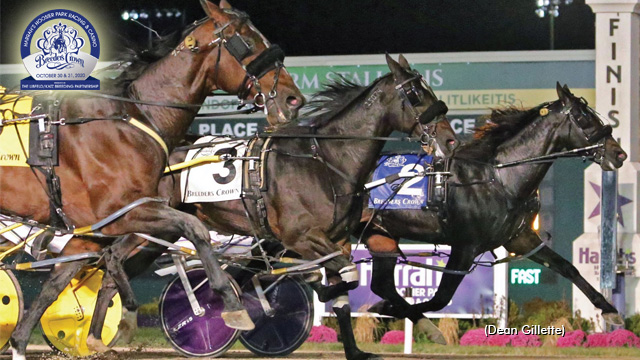 The two-year-old colt pace is available around the 5:36:00 mark

"It means a lot. I had the mother, the father...we talked the talk early and said he was going to be the best and he backed it up," said Holloway after the victory, his eighth in the Breeders Crown series. "He raced really huge tonight."

Perfect Sting (Always B Miki - Shebestingin) picked up his 10th win in as many outings for breeder-owners rittany Farms LLC of Versailles, Ky. and Val D'Or Farms of Spring Lake, N.J. The colt banked $541,800 in those starts, and Holloway stated previously that the Breeders Crown would be his final race of the season. 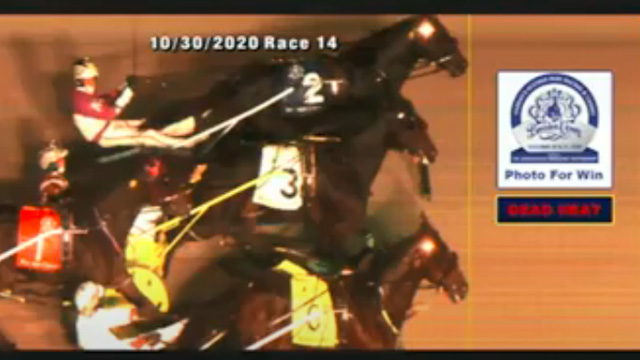 "I was just trying to take what I could get out of the gate and be as aggressive as possible," noted driver Brian Sears. "They were pushing out of there pretty good and getting away fourth I didn't think was the worst spot. Yannick was pushing the pace a little bit going to the half and I thought Lewayne's horse could follow along pretty good. I sat in fourth and figured I'd be able to shake loose, and I was following the right horses and it worked out."

Sears and Burke add to the totals that have them ranked second in series history. For Burke, that's his 18th Breeders Crown and the 33rd for Sears. Both lead all active participants in Breeders Crown victories.