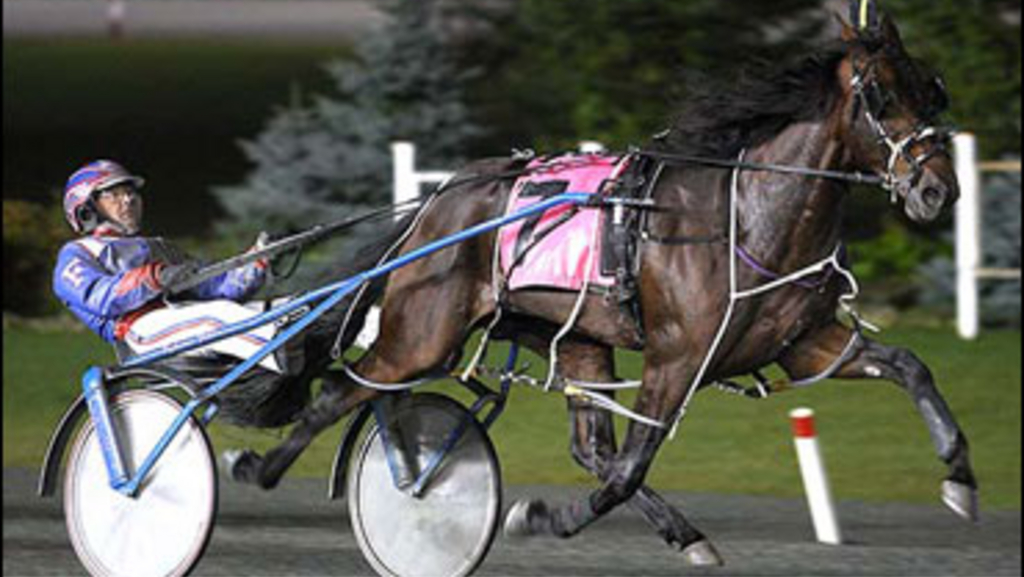 In the opening $40,000 contest, Filion guided BP Chimo to a hard-fought first-over victory in 1:53.4. The son of Grinfromeartoear - Chimi Hanover used a :27.2 final frame to score by 2-3/4 lengths over Western Thorn (Mark MacDonald) with race favourite Haul Away (Jody Jamieson) finishing third.

BP Chimo returned $11.10 in notching his second win of the campaign in seven outings for trainer James Barton and owners Elizabeth Thompson of Ont. and Anne Okeefe of Nfld. The winner’s share of the purse boosted his seasonal earnings to just over $43,000.

In the second split, Grin For Money used his patented late kick to win impressively from off-the-pace in 1:54.3. The son of Grinfromeartoear turned back Wellthereyougo (Jack Moiseyev) with Toughest Of All (Steve Condren) rounding out the top three. The winner returned a popular $3.20.

Grin For Money, who is owned by the SBOA’s new ownership group, The Grin For Money Stable, had not seen racing action since winning an OSS Gold final on July 19 at Mohawk. This was the third win in just four career starts for the John Kopas trainee and elevated his season’s bankroll to just over $110,000.

The $130,000 OSS Gold final will go postward next Saturday night at Woodbine. Here is a look at the field in post position order:

In the first split, it was One More Drink emerging victorious in his OSS debut for driver Mark MacDonald in 1:52.1. The gelded son of Western Terror - Hawaiian Beachlady left sharply from Post 2 and got away second in the :27.2 opening quarter.

One More Drink took a shuffle to fourth in the middle half of the race but then found clearance to come back to the outside as the field turned for home. The strapping colt was easily able to overtake the pacesetting Mild Mannered (Randy Waples) at the top of the stretch and then held off late challenges from Stonebridge Terror (Mike Saftic) and Shady Cam (Jason Brewer) for the win.

It was the third in nine starts this year for the Tracy Brainard pupil, who is owned by Bulletproof Enterprises of Boca Raton, Florida. The win increased his seasonal earnings to just over $38,000. 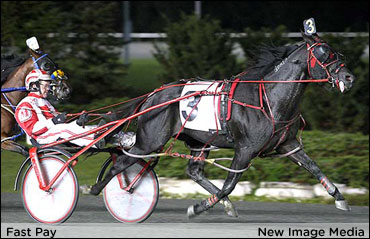 Fast Pay used similar tactics to prevail in the second elimination for driver Paul MacDonell in 1:51.1. The son of Western Terror - Speedy Shopper sat third throughout most of the mile and was able to slip out on the back of Shipps Xpectancy (Jack Moiyseyev), who pulled the pocket just before the three-quarter pole in 1:23.2.

In the stretch, Fast Pay utilized his patented closing kick to blow by the pacesetters for the easy win. Primary Purpose (Mark MacDonald), who set all the pace, managed to hold off Shipps Xpectancy for the place spot.

It was the seventh win in 18 outings this season for the David Menary trainee who leads the OSS point standings for his division this season. The colt has been bringing home the bacon all season long and tonight’s victory boosted his seasonal bankroll to more than $365,000 for owners Larry Menary, Denis Breton, Phil Silvestri and Joseph Settimi of Ont.

The $130,000 OSS Gold final will go postward next Saturday night at Woodbine. Here is a look at the field in post position order: