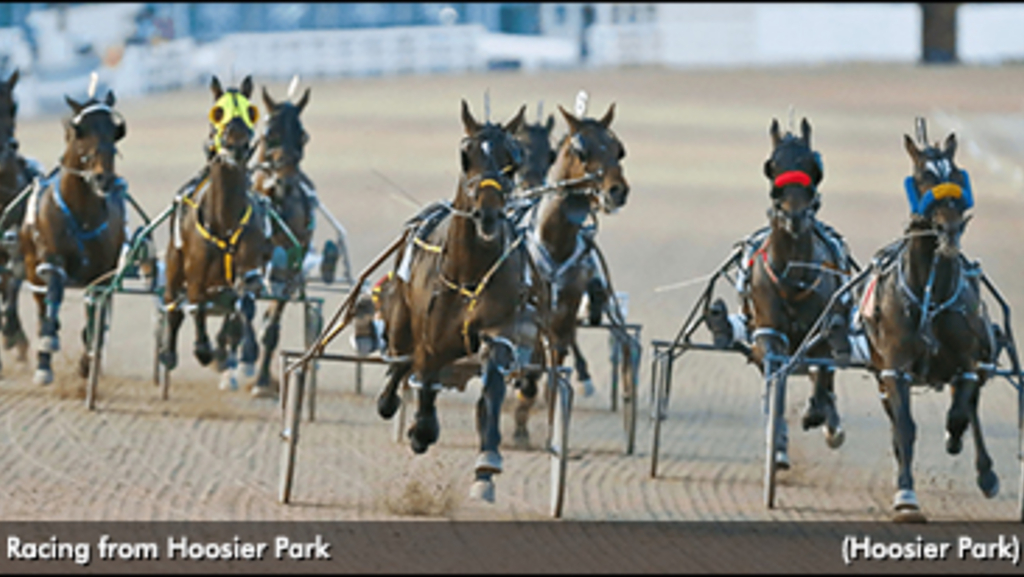 Some of harness racing's most popular participants—including a number of horses that were active in the 2019 Breeders Crown—will return to competition this Friday (Nov. 1) as the Grand Circuit shifts to Harrah's Hoosier Park.

Sophomore trotting fillies open the Friday stakes in the $120,000 Crossroads of America. The Ice Dutchess—off a third-place finish in the Breeders Crown—leads the pack as she competes against Indiana-state champion Grand Swan, who has banked over $500,000 while finishing first or second in 23 of 25 starts. Yannick Gingras will drive The Ice Dutchess for trainer Nancy Johansson from post 4 while trainer-driver Lewayne Miller will handle Grand Swan from post 8.

The three-year-old pacing fillies then contest a race later in the $120,000 USS Indianapolis Memorial fronted by Sunny Dee, who exits a fourth-place finish in the Breeders Crown. The Bob McIntosh-trained Sunshine Beach filly will make her 22nd start as she competes against Rockin Nola, who recently won her second-straight title in the Indiana Sires Stakes. Tim Tetrick gets the drive on Sunny Dee while Joey Putnam trains and drives Rockin Nola from post 2.

Dont Letem will attempt to rebound off a break in stride in the Breeders Crown final when he starts from post 2 in the $220,000 Carl Erskine Memorial. The Nancy Johansson-trained Muscle Hill colt competes against Tony Alagna trainee Pilot Discretion, who starts from post 4 with Andrew McCarthy after failing to make the Breeders Crown final with a 10th-place finish in his elimination.

Swandre The Giant also competes in the Erskine Memorial. Starting from post 9 with Dave Miller driving for trainer Ron Burke, the Swan For All colt enters off a second-place finish in the $38,500 Pegasus Stakes at Hoosier Park but topped his division in the Indiana Sires Stakes Super Final the week prior.

Ray Schnittker’s sophomore-sires-stakes phenom Hickfromfrenchlick—racing from Ryan Miller’s barn at Hoosier—makes his third start in Indiana on the Grand Circuit when he starts from post 8 in the final stakes event on the night: the $225,000 Monument Circle. Driven by Trace Tetrick, Hickfromfrenchlick enters off back-to-back victories in the Pegasus Stakes and Circle City Stakes respectively. The So Surreal colt otherwise won the New York Sires Stakes championship earlier this year and banked nearly $600,000.

De Los Cielos Deo fronts the four-tiered Burke contingent in the Monument Circle off a fourth-place finish in the Breeders Crown at 115-1 from post 10. The Captaintreacherous colt will start from post 4 with Matt Kakaley in the bike alongside his stablemates Pyro (post 2), Semi Tough (post 3) and World On Edge (post 6).