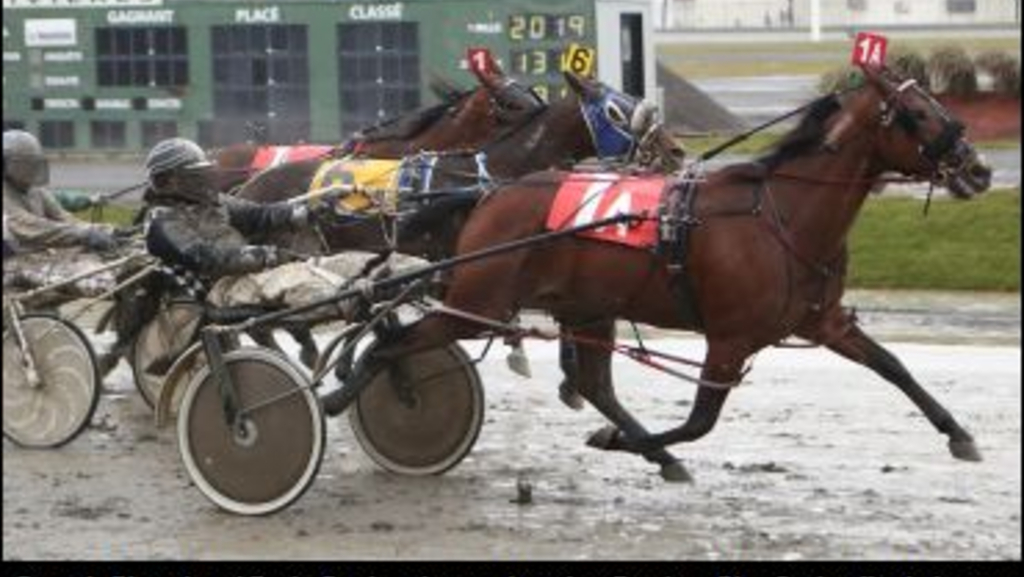 Sunday (Oct. 28) was ‘Francis Picard Day’ at Hippodrome 3R, as the reinsman won five dashes during the program, including the final of the Quebec Plus Series.

Despite pouring rain that listed the course as ‘sloppy’ with a three-second allowance, Picard could do no wrong on the racetrack.

The Quebec Plus Series final (Race 9) for three, four and five-year-old pacers was a battle from start to finish.

Encore Panic (who was driven by Jocelyn Gendron) started off the show by taking the early lead to the opening quarter mile when stablemate/entrymate Ernie Panic and Picard came shooting to the lead before the half-mile marker.

It was then that Pierre Luc Roy had the race favourite, Lune Bleu, on the move first-over, and they raced that way through the backstretch and the three-quarters, as they battled head-to-head for the lead.

As the duo started down the stretch, Picard and Ernie Panic dug in once again, put away Lune Bleu, and then held off a late charge by Hercule J M (Pascal Berube) to win by a half length in 2:02.2.

The victory was the fifth win of the season for Ernie Panic. The four-year-old son of Mach Three is trained by Francis Richard and was bred and is owned by Brian Paquet of Quebec City. Ernie Panic paid $7.90 to win. 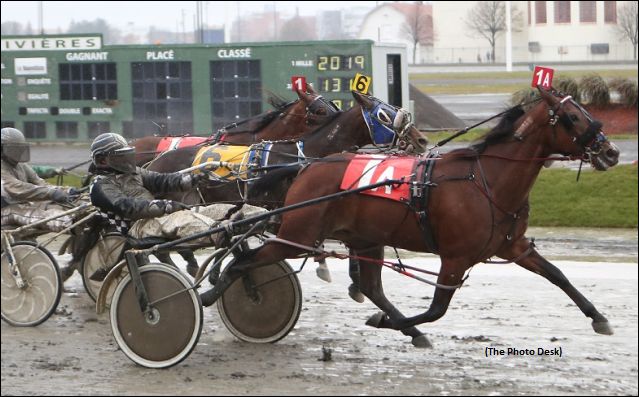 Allstar Seelster took the early lead, but Jones had Wild River Swan on the bit and they took command after the :28.3 opening quarter mile.

Jones and Allstar Seelster came back by the half mile in :58, re-took the lead, and the race was history from there on.

Jones had momentum with Allstar Seelster and the duo pulled away from the field. They led by five lengths at the three-quarters in 1:28 when Wild River Swan was beginning to fade.

The victory was the sixth win of the season for Allstar Seelster. The seven-year-old gelded son of Artistic Fella is trained by Marc Andre Simoneau and owned by Aurel Harvey Et Fils, Inc. of Riviere-Malbaie. He paid $15.80 to win.

Track Notes: H3R’s leading trainer Francis Richard also had a big day, as he sent out three winners during the afternoon. He now holds a 23 to 17 lead over Maxime Velaye. Leading driver Stephane Brosseau had one win and now leads the driver standing with 46 wins to Pascal Berune’s 38. Live racing will resume next Sunday with a first-race post time of 12:50 p.m. For more information, visit quebecjockeyclub.