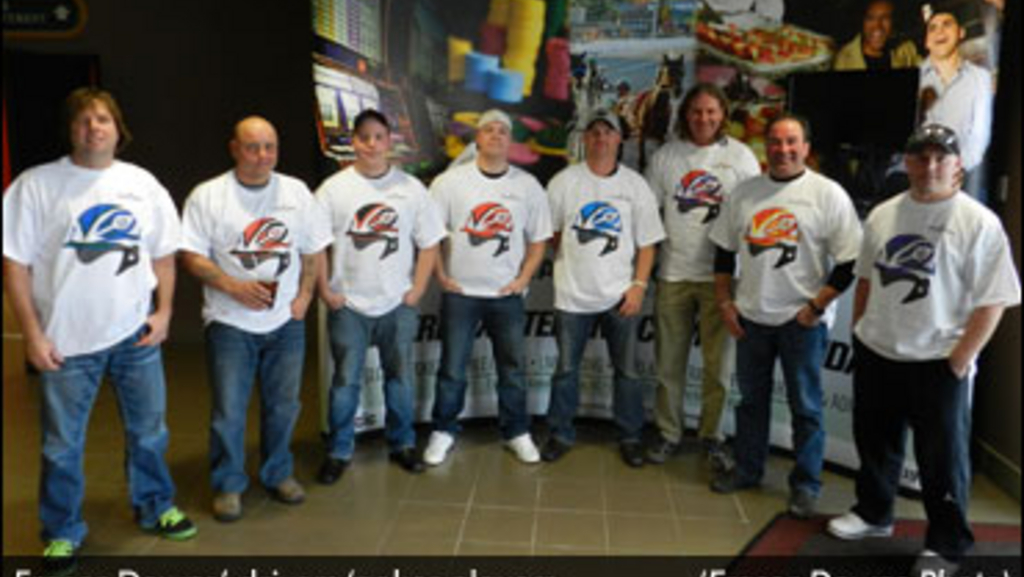 A total of 83 players, including eight of Fraser Downs' regular drivers, enjoyed a competitive and fun-filled afternoon dedicated to poker and harness racing stories this past weekend.

Poker Manager Matt Parker began the tournament by introducing the drivers and regaling the players with some fun facts about their racing records. As the tournament began, the heat was on. All the players were instructed that if they knocked out a driver they would receive a copy of the driver’s shirt, $50 in prize money and dinner at the Homestretch Buffet for two. Anyone who happened to have the misfortune of getting knocked out by a driver would receive a two-for-one dinner at the Homestretch Buffet, the player who would be on the bubble would receive a dinner for two and the first person eliminated would also receive a dinner for two.

After the first break, the tournament was down to 69 players and all the drivers were still in the game. After gathering their thoughts and posing for a few publicity shots, the excitement continued. The drivers had done well so far, but they were playing against some experienced poker players. Dave Hudon was the first of the eight to be eliminated.

There was some touching moments from the drivers as the tournament progressed. Scott Knight gave the shirt off of his back to a fan and signed it. A few of the other drivers also signed the shirts, which were won by some of their fans. As each driver was eliminated, they received cheers and applause for their effort.

Slowly their numbers dwindle until only Mark Abbott was left, and in the end his bounty was claimed by a player. At the end of the tournament, a prize pool of $7,470 was split among the top eight winners out of the 83 entries with Barrie W., Tu N. and Bonnie K. being the top three finalists.

Players appeared to be enjoying themselves throughout the tournament. Some of the players who had the best time were traditionally horse racing fans that had never played poker before. From the experienced gamer to the rookie, everyone shared a few laughs, made some friends and got in on the excitement. The day was considered a complete success and is being looked at as a potential regularly scheduled event.