'Herbie' Sizzling Hot At The Raceway 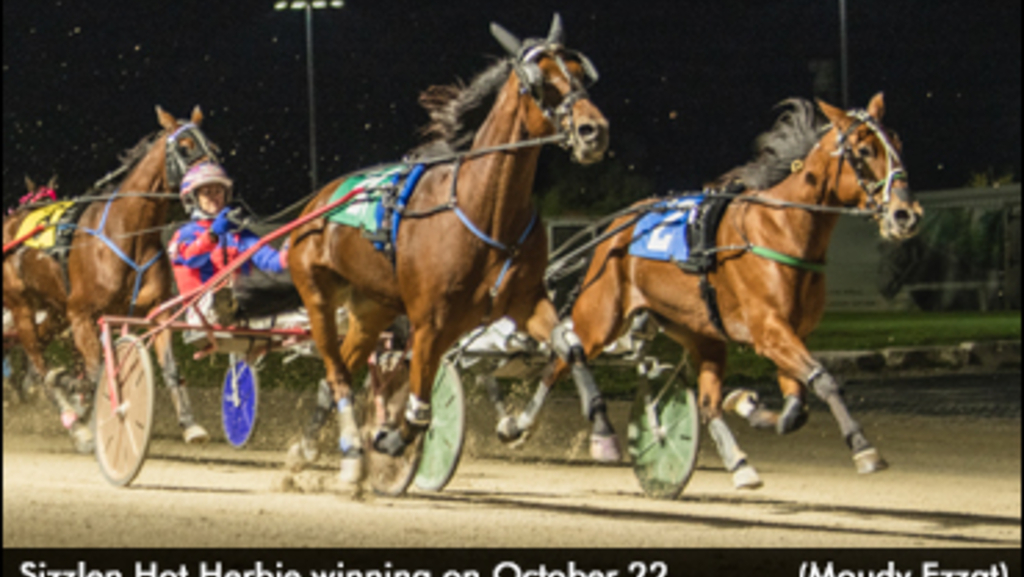 Sizzlen Hot Herbie ($12.40) and Sorprese ($7.60) starred in a pair of $10,000 Preferred 3 Trots co-featured on an eventful Harness the Hope night Friday at The Raceway at Western Fair District.

Sizzlen Hot Herbie rallied off cover turning for home in the fastest division and collared pacesetter Conquest As (J Harris) at the wire in 1:59.4 for trainer, driver and owner Natasha Day. Angry Eyes (Scott Coulter) closed from last to show, finishing 1-1/2 lengths behind the top pair.

The seven-year-old Here Comes Herbie gelding notched his second win from 19 starts this year and his 19th career victory.

Driven by Colin Kelly for trainer Mark Goddard, Sorprese prevailed off a pocket trip, downing the front-striding Katch Kanna (Jason Ryan) by three-quarters of a length in 2:00.1. The favoured Lefkada (Scott Wray) went three-wide to close for third.

The win was the eighth lifetime for Sorprese, who has won a quarter of her 20 seasonal starts. The four-year-old Conway Hall mare is owned by Howard Kaufman and Joshua Kaufman.

The second leg of the Autumn Series for two and three-year-old pacing colts and geldings was contest on the Friday program with two $8,500 divisions, which were won by the popular rookie Unlaced ($3.40) in 1:57.3 with Alfie Carroll aboard for trainer Blair Burgess and Jason Ryan's sophomore Talisman Seelster ($13.50), who nosed out favourite Toonie Teen in 1:58.2. Unlaced, a Shadow Play gelding, doubled up in the series.

The 16th annual Harness the Hope night at The Raceway at Western Fair District kicked off with a bang as Katie Miller drove Crankys Boy to a 27-1 upset in the $7,000 Harness the Hope Pace with an all-female field of drivers.

Miller and the five-year-old Astronomical gelding pocketed Ateyatefngerslouie and Marielle Enberg early and held them off at the end by three-quarters of a length in 2:00.1, paying a whopping $56.10 to win. Samara Johnson, fresh off her Leamington Harness The Hope drivers challenge win last Sunday, sent Rolling Rock three-wide from the backfield at the third quarter mark and came on to finish third despite interference in the stretch from fourth-place Ilovewhatido and Natasha Day. 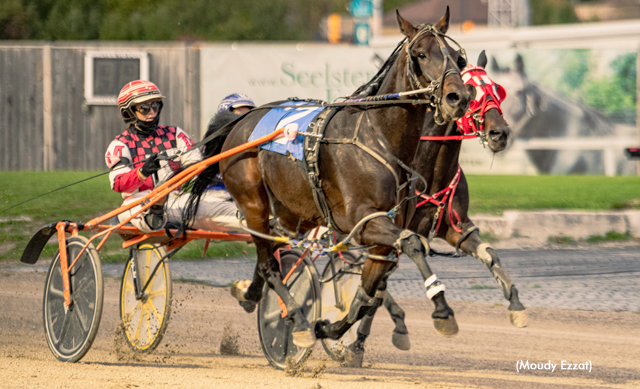 Miller picked up the catch-drive subbing in for Andrea Leon and earned her first driving win in Ontario. As for Crankys Boy, he notched his second win from 16 starts this year and 11th victory overall for trainer Stephen Roberts and owner/breeder Rick Edwards.

The Harness the Hope event, which included contests and the launch of its online auction, raises funds, awareness and support programs that help those affected by cancer. Proceeds benefit the Breast Cancer Society of Canada and the Pink Pearl Foundation.