Hoping For Good Things In Threes 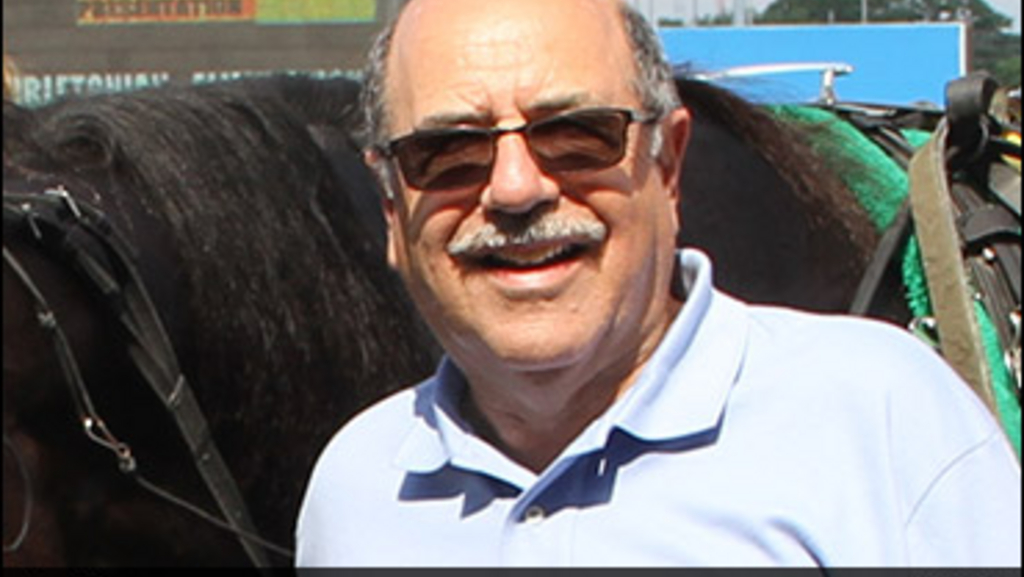 If it’s true that good things happen in threes, Mel Hartman could be in for a good night on Saturday at the Breeders Crown.

The 70-year-old fresh fruit businessman from Ottawa, Ontario is a partner in three horses racing on the championship card at Mohegan Sun at Pocono Downs. The most notable of the trio is three-year-old filly trotter Bee A Magician, who has a shot at sweeping Horse of the Year Honours both North And South of the border.

Hartman owns the filly with fellow Canadian Herb Liverman and American David McDuffee. Hartman is also a partner with McDuffee in three-year-old colt trotter Spider Blue Chip, who scored an upset win in his elimination race last week. And he is partners with R A W Equine Inc. and Adam Victor and Son Stable in the two-year-old filly trotter Struck By Lindy. Richard (Nifty) Norman trains Bee A Magician and Struck By Lindy. Hall of Famer Chuck Sylvester conditions Spider Blue Chip.

Poof Shes Gone, a $170,000 Harrisburg yearling purchase, won 14 of 26 lifetime races and more than $1.3 million, but nothing can compare to Bee A Magician, who is undefeated in 14 races this year, including the Hambletonian Oaks, which she won in record time. Last year her hopes of a win in the Breeders Crown two-year-old filly trotter race were dashed after she was shuffled back at the start of the race and had bad racing luck thereafter, finishing third.

She won her elimination race last Saturday with absolute ease. It looked like nothing more than a training mile with driver Brian Sears barely having to move his hands.

“Every time she races it’s so effortless, it’s just unbelievable,” Hartman said. “I know that Brian Sears has a lot of respect for her. She deserves it...Bee A Magician is being compared to Moni Maker, and Moni Maker was renowned as the best trotting mare of all time. I think Bee A Magician is at that level now. She’s just a very, very unique athlete that comes along once in a blue moon, that’s for sure. She’s proven it time and again. My partners and I are so very fortunate. She’s just a machine. She’s unbelievable. She takes my breath away. To own a horse like that is a dream come true. As a two-year-old we knew she was special, but this special? I’m at a loss for words. ”

Hartman, Liverman and McDuffee have been partners for about 12 years, and Hartman said they share a common philosophy that about doing what’s right for the horse.
“I think the beauty of our relationship is we all think the same, and the horse comes before any of us,” he said. “The horse comes first, which is important. The horse should come first.”

“As owners we, and Chuck knew, Spider had tons and tons of talent. He just didn’t behave himself at certain times,” Hartman said. “As it turned out, we gelded him, but after that he had a gravel come out of his left hind foot and that’s probably what was bothering him all year. I still think that because he was such a cantankerous two-year-old that we did the right thing. Maybe gelding him allowed all of his potential to come to the top and surface. He’s raced very good in almost every start. When he behaves himself he’s as good as any of them. I expect him to race very, very good on the weekend.”

“Struck By Lindy is in very, very tough,” Hartman said. “I think she’s about the fourth- or fifth-best two-year-old trotting filly around, but we have the rail with her, so you never know. It’s a horse race. We’ll see what happens.”