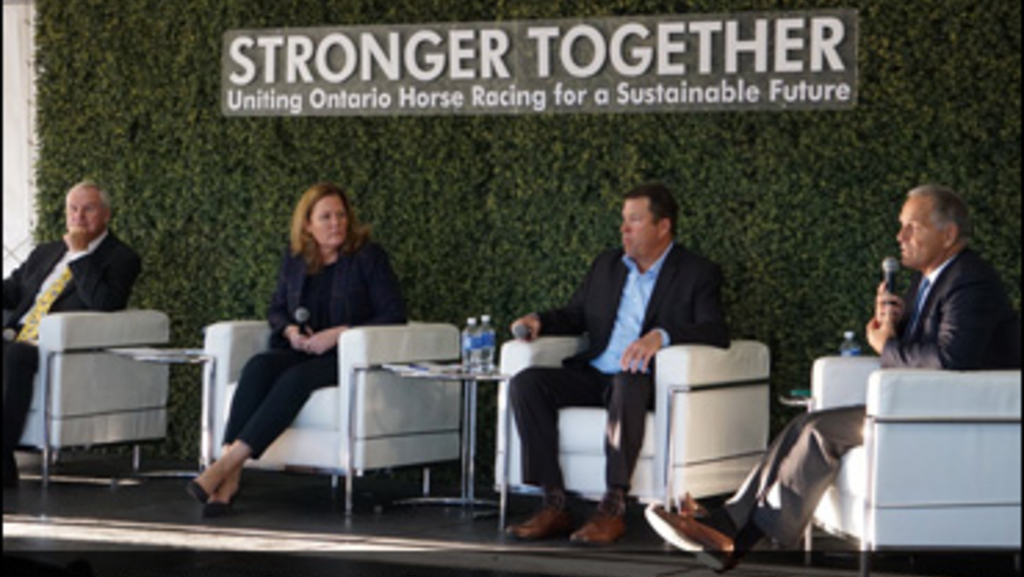 Lawson noted that these sessions will help improve transparency of Woodbine Entertainment so ensure that the horsemen and stakeholders feel as though they're involved and working with the organization. There will be more of them scheduled in the future.

When asked about the future of Woodbine Mohawk Park, Lawson spoke highly of the Campbellville plant and where he sees Mohawk in terms of the harness racing landscape.

He also noted that the track would be experimenting with different distances and field sizes later this year, stating that races would be conducted at (for example) 1-3/8 miles and that some races would feature added trailing horses.

Buckley spoke to the reception of the recently-announced Mohawk Million for two-year-old trotters in 2020. The President of Woodbine Mohawk Park noted that the reception to the race has been "fantastic" and she fully expects the race to be "over-subscribed" with just nine spots available. 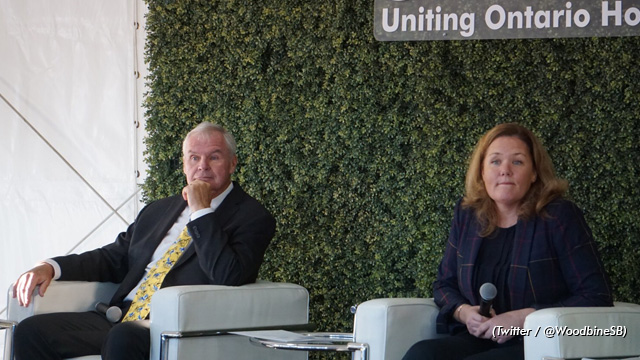 Hayes discussed the importance of home market area wagering in the province, and how it helps fund the Ontario Sires Stakes program. He noted that a number of tracks in Ontario have shown solid growth in average wager per race, and stated that Ontario Racing is looking at different strategies to help increase wagering.

The Independent Chair of Ontario Racing went on to say that he met with Minister of Finance Rod Phillips to discuss a number of issues facing the province's racing industry. Hayes noted the need for fuller fields, the need to complete Woodbine's construction projects, the health of the thoroughbred breeding sector, the need to be involved with sports wagering if legalized and how important it is to have younger customers for racing.

Urging rules are always a hot-button issue, but the AGCO's Stone stated that the adjustment period for the Standardbred side seems to be winding down. In terms of optics, Stone stated that he feels the look of harness racing in Ontario is "second to none" with neither horse speed nor wagering being affected adversely.

The concept of playing on a level playing field was put forward, with Stone stating the regulator always wants compliance but that equine medication control is a "never-ending issue." He went on to say that the AGCO was ensuring that its rules and policies were keeping up with the times and referenced the Standardbred rule harmonization efforts currently underway.

Stone was then asked to discuss how the AGCO addresses the consistency of track surfaces across the province. He noted that the regulator has a policy directive in place that speaks to cushion, grading of the surface and track employees that should be dedicated to proper track maintenance. An official from the AGCO visits the smaller tracks at the start of their meets, checks the surface and make sure the tracks are keeping logs on track maintenance. The judges also solicit feedback from drivers and participants on a nightly basis.

The topic of the backstretch at Woodbine Mohawk Park was raised, with Buckley stating that's not in the cards at this time. She stated that a business plan was put together but they "couldn't make the numbers work" based on the amount of money they'd have to reinvest. Barns 5 and 8 will still be available and maintained, but also noting that the local training centres are providing a solid service. Buckley concluded by saying it's a no for now but they won't say no to forever.

Lawson discussed the economics of running a race, which he said opened a lot of eyes at the last session. "We lose money every time we run a horse race," stated Lawson, noting that Woodbine must properly leverage its assets to keep going. 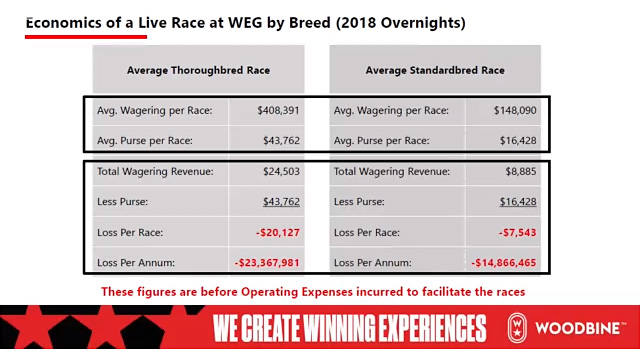 "We could not operate a racetrack on our own but we don't want to be on the government coffers forever."

To that, Lawson reiterated how imperative he feels it is for Woodbine to play a role in sports wagering should the legislation pass in Canada. "The future is bleak for horse racing in this province" according to Lawson unless horse racing is at the table, noting that it's estimated to be a $10 billion business, with a lot of that money is floating offshore.

Referencing the upcoming federal election, Lawson stated that regardless of the party in power they will take a serious look at sports wagering.

With all of the construction happening at Woodbine, counting six cranes there as of today, Lawson addressed development at the Mohawk location. He noted that with the growth of Milton he expects there will be commercial demand for that space before long, noting that lagoons, the conservation authority and the flood plain make the project more complicated than it might seem.

Portuondo asked Hayes to comment on the issues regarding the age restrictions at Flamboro Downs. Hayes stated that OR is working closely with Flamboro and that they will keep the industry informed. While many have lashed out at the rationale presented for the decision, Hayes pointed out that the losses per race that tracks in the province face are in fact covered by the OLG and, ultimately, expanded gaming at racetracks.

A question was raised about the province's pylon rules with Portuondo asking if there were any changes pending. Stone said it's actually quite the opposite as other jurisdictions are adopting rules closer to and in line with those in Ontario.

The last question was posed to each panel participant, and pertained to what's being done to attract a younger demographic.

Lawson took the first opportunity to state that this issue exists in other environments, noting these challenges are also faced by the CFL and Golf Canada. "It's all about creating that experience," said Lawson, noting that major events like the North America Cup and Queen's Plate do a great job but the key is getting those people to return. Lawson said the tracks need to offer that reason, like an excellent dining experience at the Mohawk Harvest Kitchen. He also referenced offering fireworks nights and the Dark Horse wagering app as ways that Woodbine is trying to engage those younger demographics. 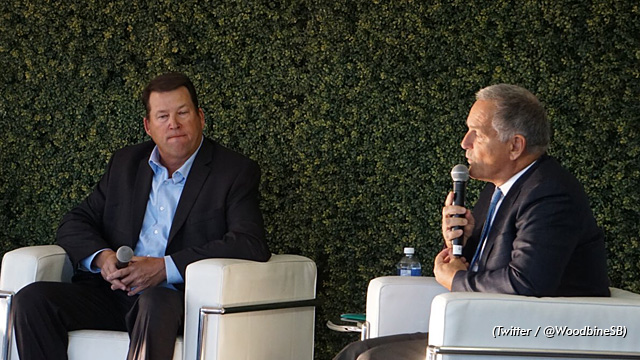 Brent Stone of AGCO and Jim Lawson of Woodbine Entertainment

Stone stated that a younger audience would have no tolerance for excessive urging and thus the urging rules help those optics, and also pointed to the 24-hour race-day medication ban. The need for immediacy with respect to officiating was also referenced, with Stone pointing to the AGCO's nightly race reports that include video to explain judges' rationale.

Buckley noted that younger generations are more inclined to support companies that give back, and it's important for Woodbine to continue its Woodbine Cares program. She also discussed the 2019 Breeders Crown Charity Challenge initiative, which was designed to both engage a new audience and give back to the community.

The final word went to Hayes, who stated that we rarely discussed or used the world 'customer' until about a decade ago when smarter minds came about. "Give the customer what he wants and we'll get there in the future."