Stars Tune Up At The Meadowlands 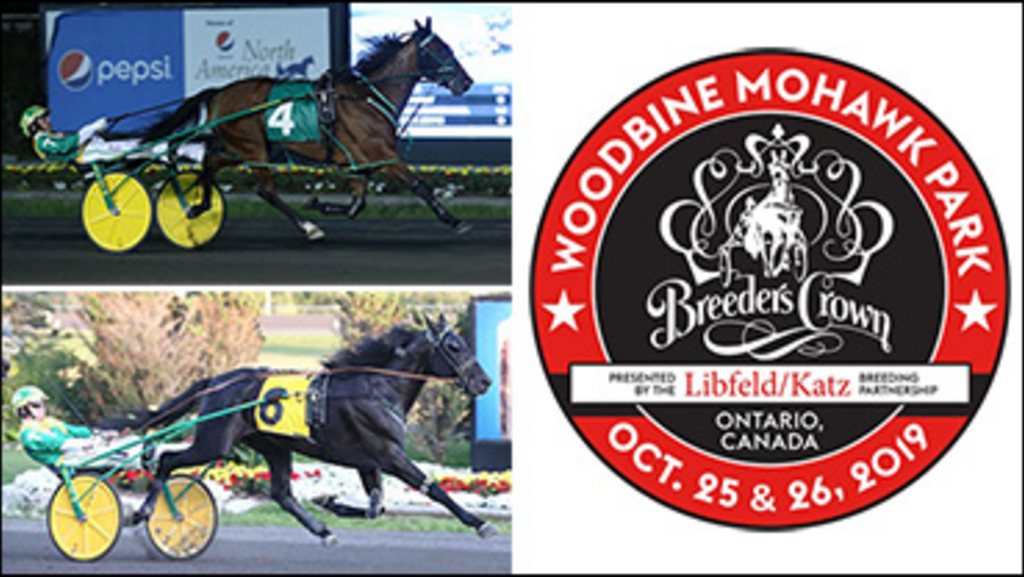 A pair of high-powered horses that Tim Tetrick will look to have his picture taken with next weekend at Woodbine Mohawk Park were in action at The Meadowlands on Friday (October 18) for one last prep mile before the 2019 Breeders Crown. 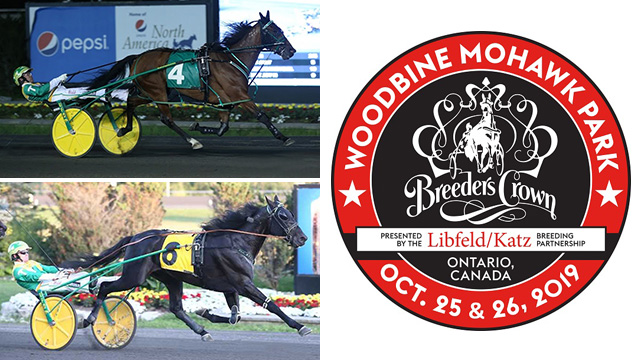 Anette Lorentzon trains Guardian Angel As (Archangel - Provide As) for ACL Stuteri Ab of Paris, Ky. and Kjell Johansson of Sosdala, Sweden. The stallion  sports seven wins from 13 seasonal starts, with two of those wins coming in the elim and final of the 2019 Maple Leaf Trot at Woodbine Mohawk Park. Guardian Angel As is one of 11 horses that will compete in the $500,000 Breeders Crown Trot next Saturday (Oct. 26) at Mohawk. Post positions for this race will be drawn on Tuesday (Oct. 22) at the post position draw at Woodbine Mohawk Park.

Tetrick's next drive was with Shartin N, who faced defeat for just the second time this year in her most recent outing at The Red Mile on October 6. The victor in that race was Caviart Ally, and these two mares headline the 2019 $300,000 Breeders Crown Mare Pace slated for next weekend.

Caviart Ally (Andrew McCarthy) made the first call in :28.2, with Shartin N launched overland through that second quarter to confront the leader and then clear to command after a :56.3 half. Shartin N kept Caviart Ally just over a length away through a 1:24 third station and uncorked a :27.1 final panel to maintain that advantage in a 1:51.1 mile.

The very best in harness racing will converge on Woodbine Mohawk Park for two nights of world class racing featuring the biggest stars in the sport. Over $6 million (USD) will be up for grabs in 12 championship races on Friday, October 25 and Saturday, October 26.