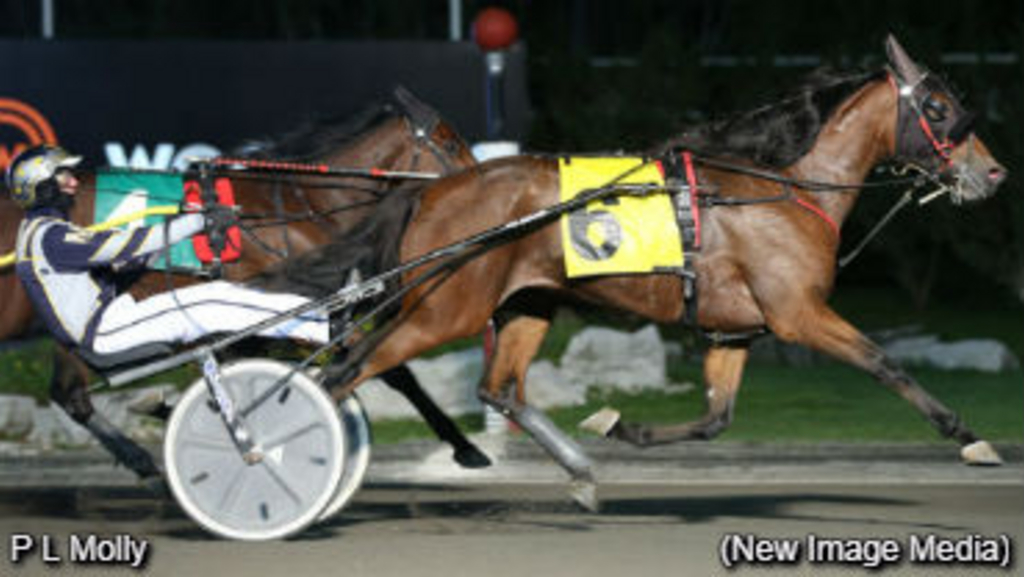 Just a single $17,000 division of the Harvest Series was needed for Tuesday’s second leg of the series for two-year-old trotting fillies, and P L Molly picked a good time to break her maiden.

Sent off at odds of 5-1, P L Molly got away fifth for driver Bob McClure while Dance Hall Babe shot to the lead and carved out first-half fractions of :28.4 and :59.2. Nifty Trick came first-over on the way to the half, and she cleared to the lead in the backstretch before taking the field past the three-quarter pole in 1:28.1.

P L Molly commenced her move to the outside on the way to the final turn, and she was third and parked as the group charged into the final quarter of the contest. P L Molly kicked home in :30.1, and that was enough to win by three-quarters of a length over Nifty Trick in 1:59. Order Mattie was a well-beaten third.

Matt Dupuis trains the homebred daughter of Royalty For Life-P L Blue Opal for Prince Lee Acres of Uxbridge, Ont. Winless in her first seven attempts, the filly has now banked over $20,000 in her rookie year.