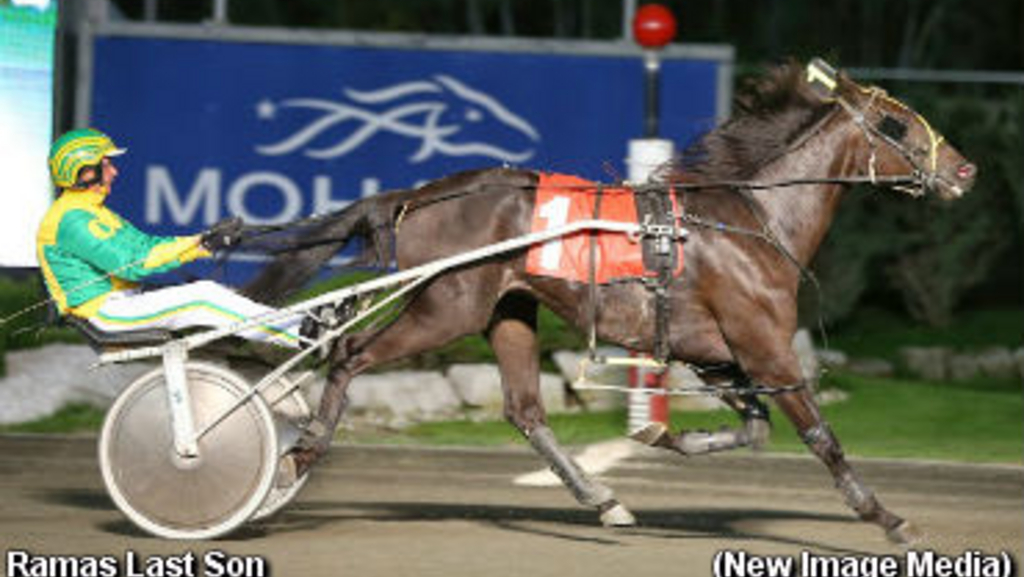 For the second consecutive day The Raceway at The Western Fair District hosted consolation events for Grassrooters of the Ontario Sires Stakes program, with eight affairs – each worth $20,000 – contested during the 12-race card.

Just Call Me Lady captured the first of two events for two-year-old trotting fillies. The daughter of Angus Hall-Brown Eyed Girl was treated to a two-hole trip behind Bit A Magic before hauling down that foe in the final stride. Just Call Me Lady used a :29.2 kicked to win by a quarter of a length over Bit A Magic in a career-best clocking of 2:02.1. Majestic Jewel was third.

Trevor Ritchie mapped out the winning trip with the Blake MacIntosh student, who won for the second time in ten tries. MacIntosh co-owns the career winner of $27,679 with Stephen Waldman and Anne Campbell of North York, ON.

Wonderland Snow also used a two-hole trip to pull off a 7-1 upset in the other consolation for the two-year-old trotting fillies. Trevor Henry placed the daughter of Angus Hall-Americansnowqueenk behind race favourite Jayport Princess, who sliced out splits of :28.3, :58.4 and 1:30. Wonderland Snow’s :31.2 closing quarter was enough to earn her the 2:01.3 decision. Jayport Princess held on for the runner-up award, with the show dough going to Indira Blue Chip.

Ron Parsons trains the homebred for owner Robert Key of Leechburg, PA. It was the first win in nine tries for the rookie who boosted her bankroll to $19,300 in the process.

Next up were the two-year-old pacing fillies in a set of consolation events. Stellllllla drew first blood thanks to a front-stepping score in 1:58.2 for the tandem of driver Jody Jamieson and trainer Dave Menary. The daughter of Mister Big-Streetcarnamedsire led through fractions of :28.1, :58.2 and 1:28.2 before cruising home in :30.2 for the win. Hare To Eternity was next best, with Girlsgotmachzie rounding out the top three.

Daryl Sherman of Elmore, OH bred and owns the two-time winner who pushed her lifetime earnings to $25,282 with the win.

Brookdale Shadow survived a first-over journey to win the other event in 1:57.1 for Sylvain Filion, who made the most of the catch-driving assignment behind the Dr. Ian Moore-trained miss. The daughter of Shadow Play-Armbro Creole, who was sent off as the 4-5 choice, wore down pacesetting Regally Ready and drew clear to win by 3-1/2 lengths over that foe in 1:57.1. Gram Rules completed the Triactor ticket.

Douglas R and Douglas E Polley of Amherst, NS own the five-time winner who has hit the board in eight of her 12 assignments. She’s earned just shy of $30,000 to date.

Crowningcrest took the first of two events for two-year-old trotting colts and geldings. Scott Coulter rallied the gelding to the neck decision over race favourite Rival Seelster in 2:02.3. Third prize was earned by Conway Escape.

Susie Kerwood trains the homebred son of Mutineer-Incredible Iam for Langcrest Farm of East Garafraxa, ON. He boasts a 3-1-1 record from eight starts in addition to a bankroll that stands at $41,142.

Ramas Last Son also used come-from-behind tactics to take his assignment in 2:02.1 for driver Steve Condren and trainer Ed Peconi, Jr. The son of Majestic Son-Smokin Rama drew clear to win by a length over Yoooukilis, with Southernfriedsting another four lengths back in third.

Sent off as the second choice in the wagering, Ramas Last Son improved his freshman record to 3-2-1 from 10 tries. Garry Patterson of Kirkfield, ON owns the career winner of $26,330.

Regal Babe matched the track record for two-year-old pacing geldings when he toured the oval in 1:54.4 in his $20,000 tilt for Team McNair. The son of Stonebridge Regal-Nascar Babe tracked cover for Doug McNair before exploding to the top and drawing clear to win by 5-1/2 lengths over Concert Artist, with favourite King Royalty finishing third.

Sent off at odds of 9-1, the Gregg McNair pupil won for the second time in nine tries while pushing his cash stash to $23,938 for owner/breeder Rob Chapple of Chatham, ON.

Allstar Seelster had a tough trip in the other event for the two-year-old pacing colts and geldings, but he dug down deep and delivered a career-best 1:56 score for driver Jody Jamieson and trainer Jack Darling. The son of Artistic Fella-Aqua Rosa chased down the tempo-setting Hunch Man and drew clear to win by 1-1/4 lengths over that rival. Opening Line was next in line.

Jack Darling Stables Ltd of Cambridge, ON owns the colt who has put together a 2-3-2 record during his freshman season. He’s managed to stash away earnings in excess of $31,000.

To view results for Tuesday's card of harness racing, click the following link: Tuesday Results – The Raceway at The Western Fair District.