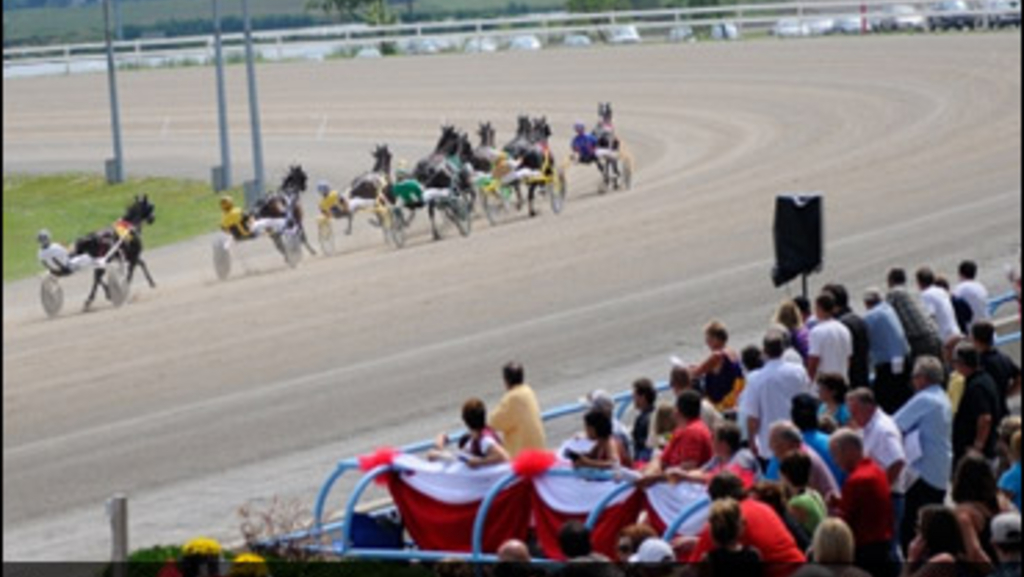 Unity ($4.20) delivered a 9-1/4-length beatdown on her seven rivals to capture the first of three $8,500 opening-round Autumn Series divisions on Wednesday night (Oct. 13) at Flamboro Downs, and take speed honours among the two dozen Ontario-sired pacing fillies who competed by way of a sparkling 1:56.3 performance.

After 4-5 favourite Best Watch Out (Brett MacDonald) broke stride heading up the backstretch, J Harris worked Unity clear of Skip Across (Paul MacKenzie) just beyond a :28.2 first quarter. After rating middle splits of :57.1 and 1:26.4, the two-year-old Hes Watching-Beach Of A Time filly steadily widened her advantage over Skip Across through the far turn, amassing five lengths of clearance off the corner before adding another 4-1/4 to that margin at the winning post. Skip Across staved off a mild challenge from Santafes MJ (Austin Sorrie) to preserve second.

Trainer Jack Darling owns and bred Unity, who broke maiden in her Flamboro debut after earning a second-place and a third-place finish through six starts at Woodbine Mohawk Park.

The second division saw Sheza Gamer ($3.50) and driver Jason Ryan sprint to the fore through a :28.2 first quarter before yielding control to Ravishin Ruby (Sorrie) in favour of a pocket ride through middle splits of :58.1 and 1:27. Ryan pulled the three-year-old daughter of Sportswriter and Cams Cupid out of the pocket nearing the top of the stretch, and she surged past Ravishin Ruby to win by 2-1/4 lengths in 1:57.1. P L Ooooooooooyah (Scott Coulter) circled off third-over cover to miss the runner-up spot by a scant neck.

SG Alexia ($20.60) and owner-trainer-driver Sylvain Grenier rounded out the trio of Autumn Series winners, withstanding sustained pressure from Banana Muffin to win the third division in 1:59. The sophomore Betterthancheddar filly seized control from Lady Writer (Mark Etsell) at the end of a :28.4 first quarter before dismissing a hard first-over push from Banana Muffin (Christopher Johnson) through middle fractions of :59 and 1:28.4 and subsequently evading the stand-side rally of 65-1 long shot A Sailors Delight (Ondrej Gois) to win by 1-1/4 lengths. Odds-on favourite Einhorn Is Finkle (Scott Coulter) emerged belatedly for third.

In the overnight feature, the $13,000 Preferred 2 Pace, Mikey Camden ($9.50) followed cover into the second lap and continued his advance in the breeze through the far turn to upend Groovy Joe — whose cover he rode into contention — by three-quarters of a length in 1:53. Travis Henry drove the Corey Johnson-trained son of Camluck, now a 21-time winner in his career, for Debbie Element and Raymond Huschka.