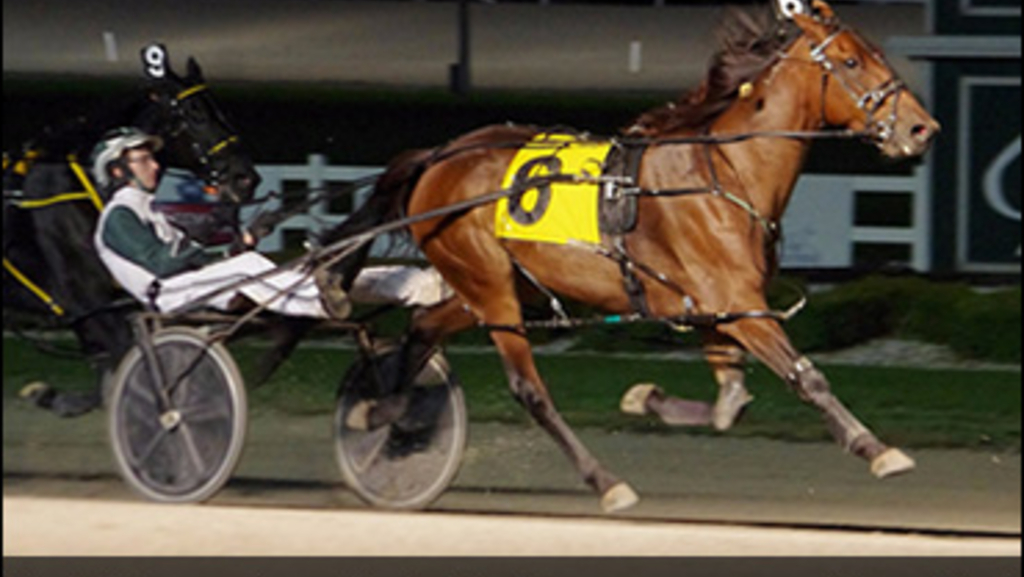 Sandbetweenurtoes and driver Alfie Carroll teamed up to win the $100,000 Ellamony Stakes for the second consecutive year on Saturday night (October 1) at Flamboro Downs.

Carroll earned his third win on the card and boosted his season-leading win total to 417 in steering the five-year-old Somebeachsomewhere-Als Girl mare to victory for Canada's top trainer Richard Moreau and owner Brad Grant of Milton, Ont.

Sandbetweenurtoes' stablemate Witch Dali (James MacDonald) fired off the gate from post four for the early lead, but 7-5 favourite Solar Sister (Doug McNair) took over on the way to the first quarter mark in :26.3. Coming off the turn in front of the grandstand, trailing tier starter Waasmula (Bob McClure) charged first over from fourth with the eventual winner tracking her cover. Solar Sister continued to lead past the half in :55.4, but Waasmula easily gained the upper hand approaching the third quarter mark in 1:24.2 with Sandbetweenurtoes in hot pursuit. Down the stretch, Sandbetweenurtoes swept by Waasmula to defend her title in the Ellamony, winning by two and a quarter lengths in 1:53.1. Solar Sister held on for third over Witch Dali while Delightful Hill (Travis Henry) rounded out the top five finishers.

"I wasn't really expecting to get a second-over trip, you know with the six-hole and that, but a couple of them made breaks and it worked out that we did get it and she raced awesome," said Carroll after the victory, referring to early breaks made by Bedroomconfessions and Yagonnakissmeornot. "The track's as good as it can be, but it's cool and windy so it's a big mile."

Sandbetweenurtoes won the 2015 Ellamony in 1:53.2 over a 'good' track and with the repeat victory she is now perfect in her only two races at Flamboro Downs from 52 career starts.

"I've only driven her twice and she's won both times and she seems to love this place," said Carroll.

Sandbetweenurtoes earned her fifth win of the season from 22 starts and 18th victory lifetime while the lion's share of the purse boosted her bankroll over the $700,000 mark.

In other Saturday racing action, Princeton Farms's Call Me Richard and driver Scott Coulter won the $11,000 Preferred 2 Trot, sponsored by Ontario Racing and the Ontario Lottery and Gaming Corp.

Call Me Richard followed the cover of 2-1 favourite Delcrest Massy (Carroll) approaching the third quarter mark and trotted past that foe and race leader Big Rich (Travis Henry) in the stretch for the one-length victory in 1:57.2.

Clare Bradshaw trains the son of Muscle Mass and Olympic Dreams, who has earned half of his 12 career wins in his four-year-old season.

Sent postward as the 9-2 fourth choice, he returned $11.40 to his backers at the betting windows.