Hartman And A Venerable Season 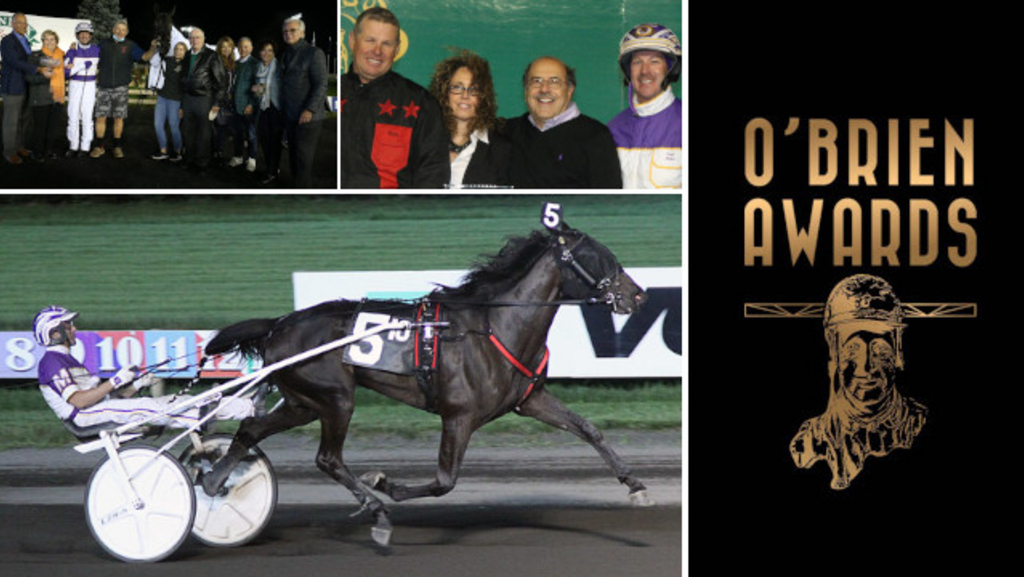 When David McDuffee and Mel Hartman's Poof Shes Gone cracked the million-dollar threshold as a rookie trotter in 2009, she became just the second trotting filly in harness racing history to boast a seven-figure bankroll. Twelve years later, Hartman and McDuffee are also partners on the third squaregaiter to reach that elusive plateau.

In that 2009 season, Poof Shes Gone captured the Dan Patch and O'Brien Award for her division. Hartman is hopeful that his 2021 Dan Patch Award winner Venerable will also complete the sweep. 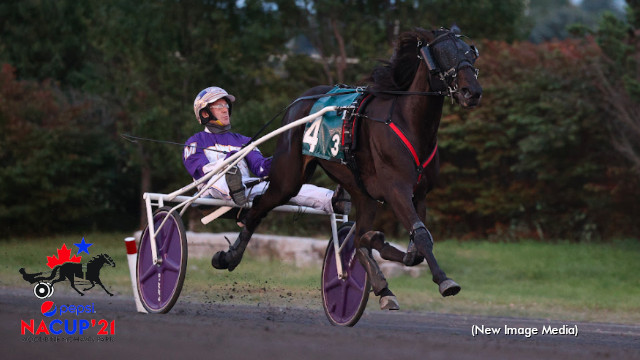 Venerable enjoyed a phenomenal season for her freshman year, winning nine of 11 races, surpassing $1.1 million in earnings, and racking up many stakes victories, including a sweep of the Peaceful Way Stakes and an impressive win in the Mohawk Million on Canadian soil. The daughter of Walner - Jolene Jolene was a $210,000 yearling purchase from the 2020 Lexington Selected Yearling Sale, and her impressive resume makes that initial investment a bargain on paper.

"Well, you have to be lucky in this business, that's for sure," Hartman told Trot Insider in discussing the season that was. "Venerable is a trotting filly that we're all lucky to have. She's just a real champion."

In this case, there is definitely some luck involved for Hartman although his list of star Standardbreds would indicate a better success rate than mere chance can provide.

"David [McDuffee] and I have been partners for many years. Dave really liked the mare's mother, and he asked me to get involved, which I did. I think it's been a very good decision. She made $1.1 million as a two-year-old, which is really something to get hit twice with."

Contributing substantially to the million-dollar season for Venerable was her gutsy victory in the 2021 Mohawk Million against male counterparts. Hartman pointed to that performance as the highlight of a season with plenty of poses in the post-race winner's circle.

"She didn't race in the Breeders Crown because she made a break in the elimination, but she came back and won the Matron, and she looked really good doing it," noted Hartman. "You'd have to give her all the kudos you can think of. She's just a hell of a filly. What she's going to turn out to be as a three-year-old? Only God knows. If she continues to develop the way she did as a two-year-old, it could be a very happy year."

Venerable and fellow Dan Patch Award-winning stablemate Bella Bellini helped contribute to a very happy year for trainer Richard 'Nifty' Norman, who was named U.S. Trainer of the Year for the first time. Hartman spoke highly of the veteran conditioner, who was also instrumental in the success of Hartman's Poof Shes Gone and 2013 Horse of the year Bee A Magician.

"It's good when you have a trainer and you think a lot alike, you're not in confrontations or anything, and you know what attributes are his strengths and you go along with them. That's very helpful. I don't want anything unless Nifty approves the conformation. And I can pick out whatever I like in the book, but I give him the numbers and have him check them out. If he crosses some off that he doesn't like for whatever reason, I don't doubt it at all. I don't have his eye, that's for sure. He's had a lot more experience. You want to be able to get along with your trainer and point in the right direction.

Hartman feels Venerable definitely deserves to be nominated in her division, but understands that it's ultimately up to the voters to decide if Ontario Sires Stakes star Adare Castle will be the filly that contributed the most to Canadian harness racing this past season.

"It's up to the people that vote whether they think she's the best or not, but she won the Dan Patch Award for two-year-old trotting fillies. If she doesn't win the O'Brien Award, I'd be very surprised. So I hope she does."

Like everyone else, Hartman will be attending the 2021 O'Brien Awards gala virtually next month to find out how the voters cast their ballots on this division as well as 17 other categories. The 2021 O'Brien Award winners will be announced at the 2021 Virtual O’Brien Awards Gala on Sunday, February 6, 2022, which will be video streamed on standardbredcanada.ca.