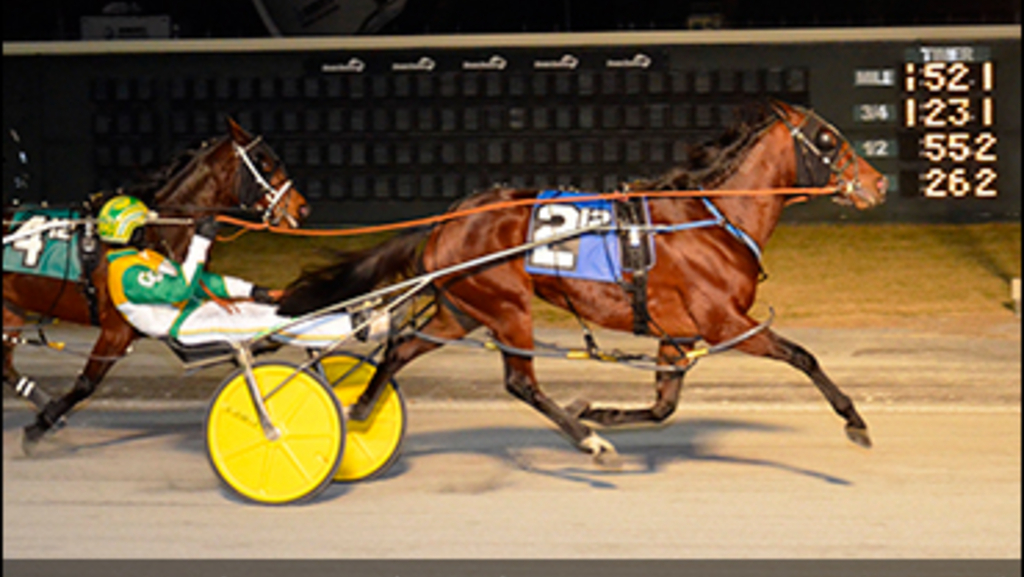 Scandalicious (Jonathan Roberts) led the eight-horse field past the quarter in :26.2 before yielding to Sweet Bobbie, who led through the middle portions when Terror At Night went into action on the final turn.

In the $17,000 mares sub-feature, Shartin N made her second start in the States another winning one, but the Tintin In Amrica-Bagdarin five-year-old had her moments during a 1:52 mile. Tim Tetrick steadied the New Zealand female twice during the race when Shartin N made short breaks. Roselily (Ross Wolfenden) cut out the fractions and led until approaching the finish line, when Shartin N closed with a rush to get up for the triumph for trainer Jim King, Jr. and owners Rich Poillucci and JoAnn Looney-King. Cocktail Time (Tony Morgan) was third.

Barbaras Shadow came from off the pace to win a $13,000 mares pace in 1:53.2 for owner-trainer Vic Kirby and partners Leigh Raymer and Brian Hoffecker. Use Your Noodle (Montrell Teague) was a game second in front of Skateboard Chic (Russell Foster). The win was the second this year for the Shadow Play-Bababababarbarapan five-year-old.

A strong sextet of hard-hitting pacers tangle in this week’s $27,500 Preferred-Open Handicap on another solid 13-race card at Dover Downs on Thursday (Feb. 1).