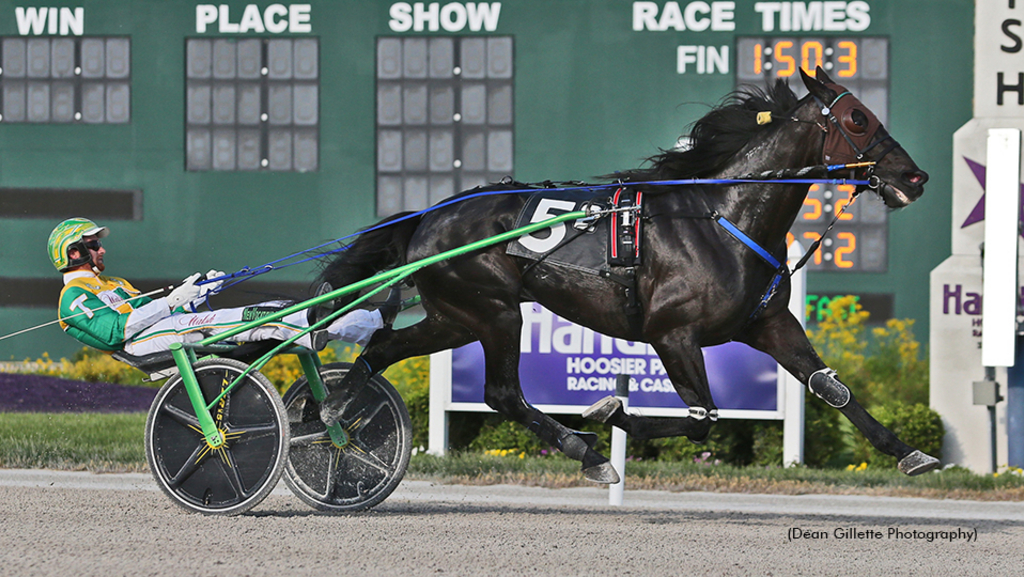 Stakes-winning trotter Whata Swan has been retired from racing and will stand stud in 2023.

According to John Barnard, a Breeders Crown-winning owner and longtime supporter of the Indiana breeding and racing program, Whata Swan has been retired and will stand at stud at Pleasant Hill Farm in Paradise, Pennsylvania for the 2023 breeding season. The brilliant trotter completes his racing career with 35 wins and more than $550,000 in earnings.

A son of Swan For All, Whata Swan first came on the racing scene as a two-year-old in 2018 at Harrah’s Hoosier Park. He was initially broke and trained by Bill Crone, who teamed up with Barnard for a win in the 2017 Breeders Crown with Fiftydallarbill. After Crone’s retirement in 2019, Luis “Tony” Quevedo took over training duties for the Barnard Stable, including a successful run with Whata Swan as an older Open trotter in the Midwest.

Whata Swan scored a win in the 2021 Indiana Sires Stakes for older trotting horses and geldings in 2021 and was the Indiana Sires Stakes Champion of 2021 in the same category. He came back as a six-year-old last year, winning five races in the Open at Harrah’s Hoosier Park before his final race on July 16, 2022, when he finished second. His career-best time was taken during that string of wins in 1:50.3, a new track record for older trotting stallions and the fastest mile ever trotted in the state of Indiana.

Following his track record performance, Indiana’s all-time leading driver and regular pilot Trace Tetrick said this about Whata Swan: “I knew he was still digging in, and trotted right through the wire. That’s tough to do. The fastest I’ve gone with a winning trotter. This horse’s best quality is definitely versatility. He doesn’t care if you take him back, send him or anything. He’s slick-gaited and can come out of a hole equally well on any size track.”

In addition to the track record in Indiana, Whata Swan also set a track record at Hollywood Gaming Dayton as a three-year-old in 1:53.2.  He competed five straight years on the track with multiple wins each season.

Whata Swan is the first foal from the Lous Legacy mare Tanyas Legacy. In addition to Whata Swan, she has produced Racin Cream Pie (1:56.2) and Tanyas Joy (1:57.2), both of whom are still racing for Barnard. The family has a yearling for 2023 named Pilots Legacy, a colt by Pilot Discretion.

“With Fiftydallarbill and Swan for All both standing in Indiana, I thought it would be good to take him [Whata Swan] to Pennsylvania,” said Barnard, who is part of the Swan for All syndicate and has had numerous six-figure winners by the stallion. “We are excited to add him to the roster at Pleasant Hill Farm and anticipate his first crop of foals in 2024.”

Whata Swan retired among the top 15 all time in earnings by Indiana’s premier trotting sire Swan for All. The impressive list includes powerhouses such as Hannelore Hanover, Fiftydallarbill, M Ms Dream, Ponda Adventure and Swan In Motion.

For more information on Whata Swan or Pleasant Hill Farm, located in the eastern part of Pennsylvania near Philadelphia, contact Nate Fisher at 717-847-2563.

(With files from Pleasant Hill Farm)