Modern Mercury, a five-year-old daughter of Donato Hanover, was driven by Wally Hennessey, who changed strategy and sent his charge right to the lead. The duo clocked fractions of :27.4, :56.4 and 1:25.2 before a :30 finale sealed the deal. The margin of victory was two and three-quarter lengths over JS Foxy Lady (driven by Rickey Macomber Jr.). 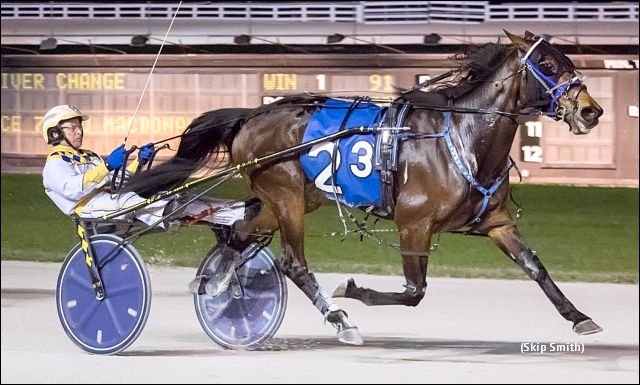 The favourite, Diamond Dagger, finished third for Peter Wrenn, another length away. Second Sister, who was last in the early stages, rallied for fourth. Shes All In, who enjoying a garden journey the entire route, finished fifth in the field of seven.

After the race, Hall of Famer Hennessey said, "You know, this mare tries hard all the time and she's got a nice brush to her. But we just haven't been able to get there. So, I did some checking and noticed that seven of her 10 wins were on the front, so I thought maybe I'd try that for a change.

"Turned out to be a good move, as she felt comfortable all the way."

Trained by Rob Harmon for owner John Campagnuolo, Modern Mercury earned her first win of the year to send her career bounty vaulting past the $100,000 mark -- $102,355 to be precise.

Speaking of ‘handsome,’ Rick Plano's Sooo Handsome enjoyed a perfect pocket journey, eventually waltzed by Katch Kanna (Wally Hennessey), and held off the late-surging BJAnthony (Mickey McNichol), to score by a length in 1:55.2. Uncle Hanover finished fourth. The 3-5 post-time choice, Prairie Fortune, finished fifth after having been unfortunately bothered before the start. 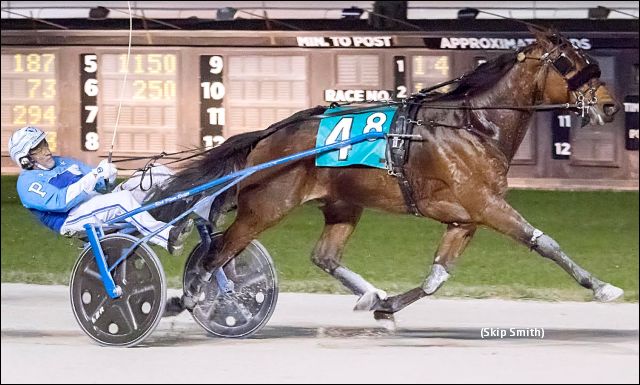 Plano sent his five-year-old gelded son of Cash Hall out alertly from Post 4 before yielding to Katch Kanna before a snappy :27.4 opener. Remaining in the cozy pocket through panels of :56.4 and 1:25.4, Sooo Handsome tilted from the pocket turning for home to earn his 15th lifetime success.

As second choice on the board, Sooo Handsome returned $9.60 to win.