Young Looking Down The Road With Piece Of The Rock 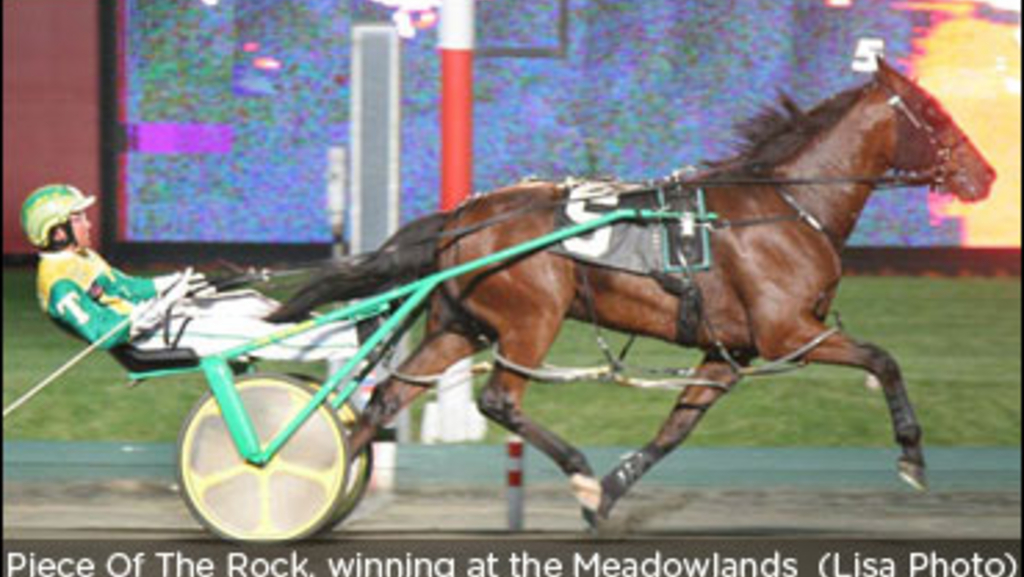 When a horse earns over $300,000 in a year there is certainly nothing to complain about, however, trainer Bob Young believes that his stable star Piece Of The Rock’s best days are still ahead

Early last week, the Woodbine Entertainment Group’s media department spoke to Young and he noted that he plans to have his stable star ready for April.

“He just started going two trips today and everything is going as planned. I plan to have him ready for the first of April,” said Young, a resident of Guelph, Ont. “He grew from the time he had off and has filled out but he's also a horse that looks after himself.”

A $50,000 yearling purchase from the Harrisburg Yearling Sale in 2008, Young will stake Piece Of The Rock lightly as a four-year-old, looking ahead to his five-year-old campaign.

“We’re just going to pick and choose our spots this year. The Breeders Crown is here (at Woodbine) in October and we will maybe go to the Winbak Pace, Des Smith and the Gold Cup and Saucer.”

Young's other top performer is Artimittateslife. The six-year-old homebred daughter of Art Major is approaching $1 million in career earnings, but her racing days are numbered according to the veteran trainer.

“She'll be bred to Rocknroll Hanover. I'd like to breed her middle of March or early April,” he commented. “She's a 1:51-1:52 mare and she can't go with the good mares anymore.”

With $946,931 in career earnings, Artimittateslife is owned by Young and partners Brian Barton and Paul Gazzola.