So Much More Continues To Amaze 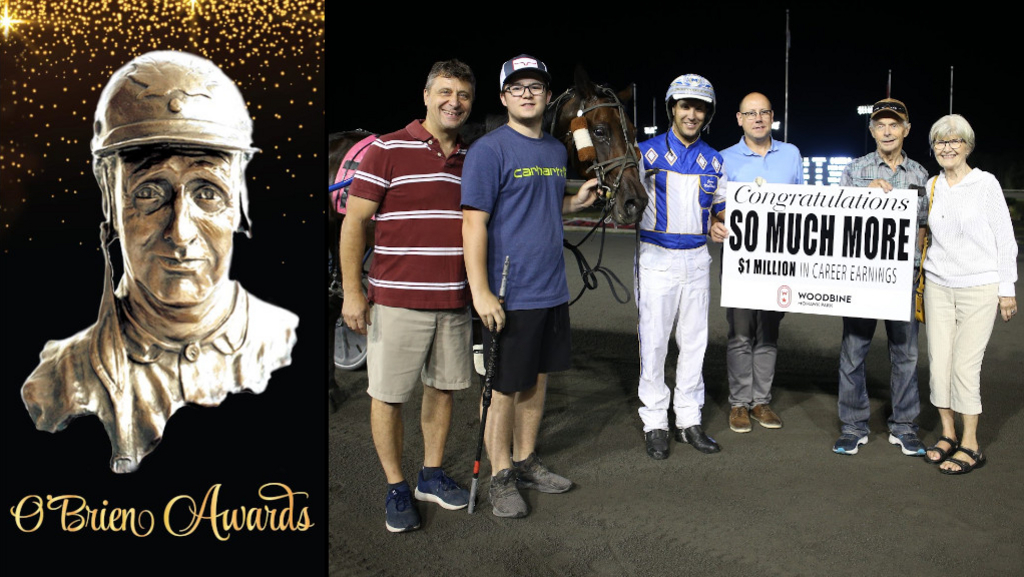 The argument could be made that So Much More is the most popular horse racing in Canada right now.

Few horses recently have captivated the attention of the daughter of Big Jim - Ladysai. Then again, few horses race at the top levels — including multiple successful outings against male counterparts — for more than three years without needing a qualifier.

Granted, So Much More received a bit of break when COVID shut down Canadian harness racing in 2020 and again in 2021. But the last time she qualified was at the start of her three-year-old season. She's had 117 starts since. In fact, she's yet to log a qualifying mile for her current connections, Cole England, Kenn Beatson, and trainer Don Beatson.

Over that time, she's had to figuratively punch above her weight class time and again. And she never fails to disappoint. An O'Brien Award winner in 2020 as a four-year-old, and an O'Brien Award finalist in 2021 as a five-year-old, So Much More posted career numbers in 2022 as a six-year-old and has landed her connections an O'Brien Award opportunity for the third consecutive year.

"After all this, she still surprises us most of the time," admitted her 81-year-old trainer. "And the fact that she comes up the favourite time and again, we're surprised pretty much every time she races."

So Much More continued her dominance in Canada’s upper fillies and mares ranks in 2022, where she made 35 starts, winning 16 times and earning $427,207. She had 29 top-three finishes all told, including a third-place finish in the 2022 Breeders Crown final. Highlights of the season included surpassing the $1 million mark for career earnings and achieving her 50th lifetime win on August 19 at Woodbine Mohawk Park.

"She's always sound, loves to go...loves to do it all the time. And she's got a great attitude."

Fear not, fans. The scratch from So Much More's most recent start wasn't an indication she needs a rest, or will be taking a break anytime soon. Beatson told Trot Insider that he expects to have So Much More back in the box in short order.

So Much More is an O'Brien Award finalist for 2022 along with the accomplished Test Of Faith. Beatson is still amazed that his SC Horses For Sale Board purchase from 2019 has turned into one of the sport's top pacing mares and is poised to potentially deliver a second bronze bust to his Granton, Ont. mantle.

"That would be unimaginable, I think. Because who would’ve thought with something like that?"

Indeed, who would have thought that a filly purchased for $19,000 as a yearling, developed on Canada's east coast and purchased sight unseen by a longtime trainer with a modest two-horse stable would turn into not only one of the nation's most consistent and prolific performers but also one of the most beloved?

"It's been amazing," said the soft-spoken conditioner. "Time goes really quick when you get one like that."

The story of So Much More also resonates with her regular driver, James MacDonald, who spoke very fondly of both the star pacing mare and her small and devoted team.

"Just what she does week after week, and night after night. It's the best and the connections are so great."

The million-dollar question with any horse of her calibre is what makes her such a solid competitor. Beatson clearly does his part to ensure she's in peak condition but he noted that she's a pretty easy keeper.

A bit better? Or just So Much More.

Win, lose or draw, the connections of So Much More will enjoy their first live O'Brien Awards experience after two years of virtual galas. It's a night that Beatson has circled on his calendar, with he and his crew slated to be in attendance at the Hilton Meadowvale / Mississauga on Saturday, Feb. 4.

"It will be nice to meet everybody. To be part of it even once it would be pretty nice."