Kays Shadow Cruises In Pop Up 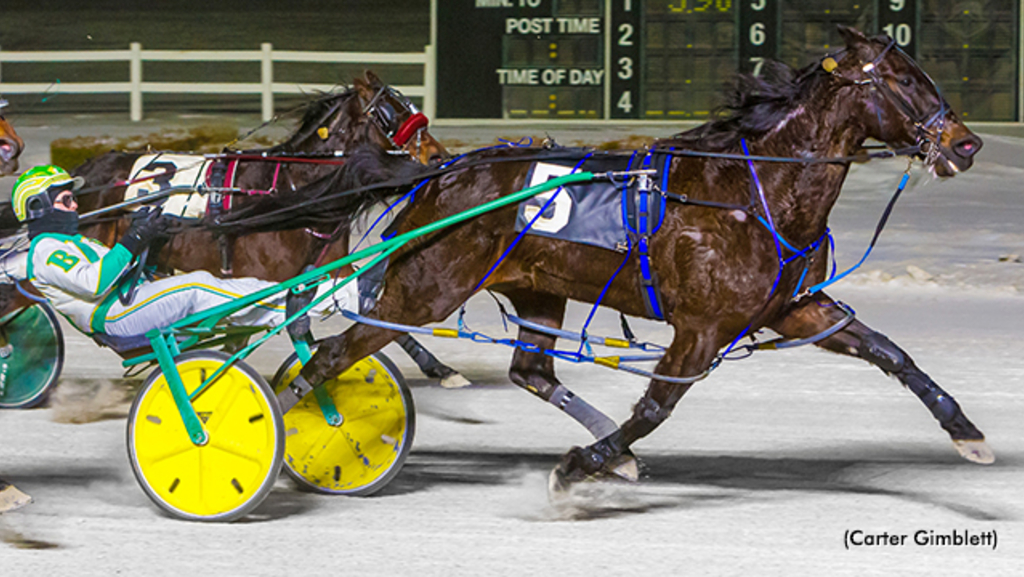 Off the 3-5 favourite, Kays Shadow shot to the front and maintained command all through the mile to post a 1:58.3 victory in taking the second of two second-preliminary divisions of the $10,000 Pop-Up Series at Flamboro Downs on Saturday (Jan. 22).

Driver Nick Boyd sent the nine-year-old Shadow Play mare to the top from post five and opened two lengths on Georgia January to a :29 first quarter. And once on the point, the James Dean trainee faced nary a worry, strolling to a :59.2 half and to three-quarters in 1:28.4 before striding home a 1-1/4-length winner over Sheplaysforkeeps, who overtook Georgia January for second. Innocent Kiss finished fourth.

Release The Baby and trainer-driver Ross Battin snagged the other division of the Pop-Up Series, going a coast-to-coast mile to win in 1:59.3.

Also leaving from post five, Battin landed Release The Baby on the lead to a :30 first quarter and continued in control while withstanding first-over pressure from favourite Cayo Loco through a 1:00.2 half an three-quarters in 1:29.1. Cayo Loco’s bid fell short off the corner as she faded to third while Release The Baby rolled to a 1-3/4-length win over pocket-sitter Bluewater Beach. E L Citadel took fourth.