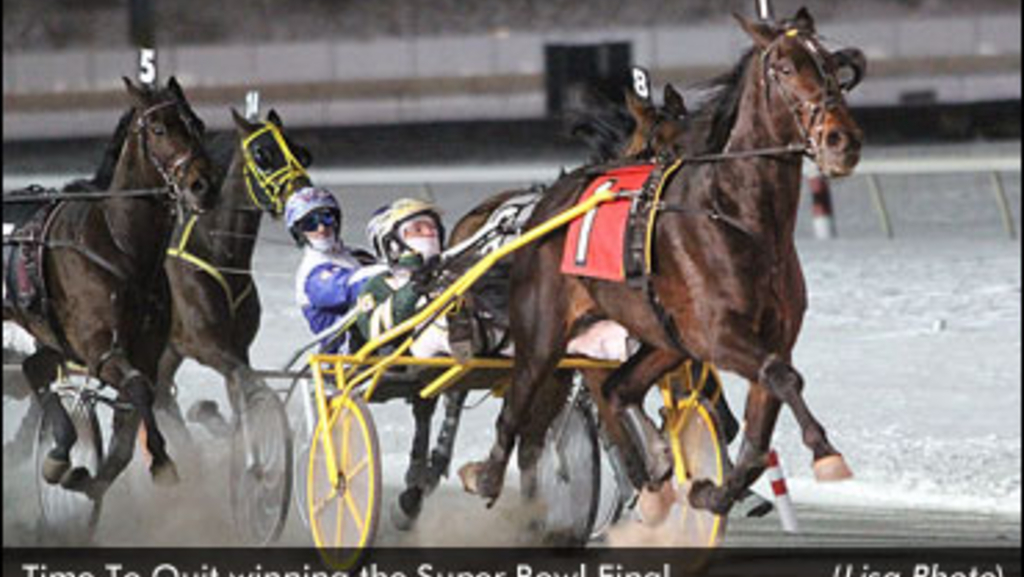 Entering the Super Bowl, Time To Quit was labeled the horse to beat. Wednesday night, he lived up to that advanced billing, scoring a decisive 1:55.1 triumph on a bitterly cold night at Meadowlands Racetrack in East Rutherford, New Jersey.

One week removed from a hard fought and game win in the second round of the series, Yannick Gingras confidently guided his trotter to the lead past the quarter. Over the next half-mile several contenders went off-stride, including Home Turf and Cajole Hanover, leaving the race all to Time To Quit, who never faced a challenge and coasted to the victory for Burke Racing Stable, Weaver Bruscemi LLC and Phillip Collura for trainer Ron Burke.

Time To Quit will reappear in the Charles Singer Memorial Trotting Series, which gets underway Thursday, February 13.

Wednesday marked the last night of live racing at The Meadowlands until after the Super Bowl. Live racing will resume on Thursday, February 6. That card will include a carryover in the Pick 5, as no one cashed a Pick 5 ticket Wednesday at The Meadowlands thanks to Delco Willobee, who scored in race two for Jim Marohn Jr. at 96-1. The Pick 5 carryover into the Thursday, February 6 program will be $18,083.