Smitten With Kissin In The Sand 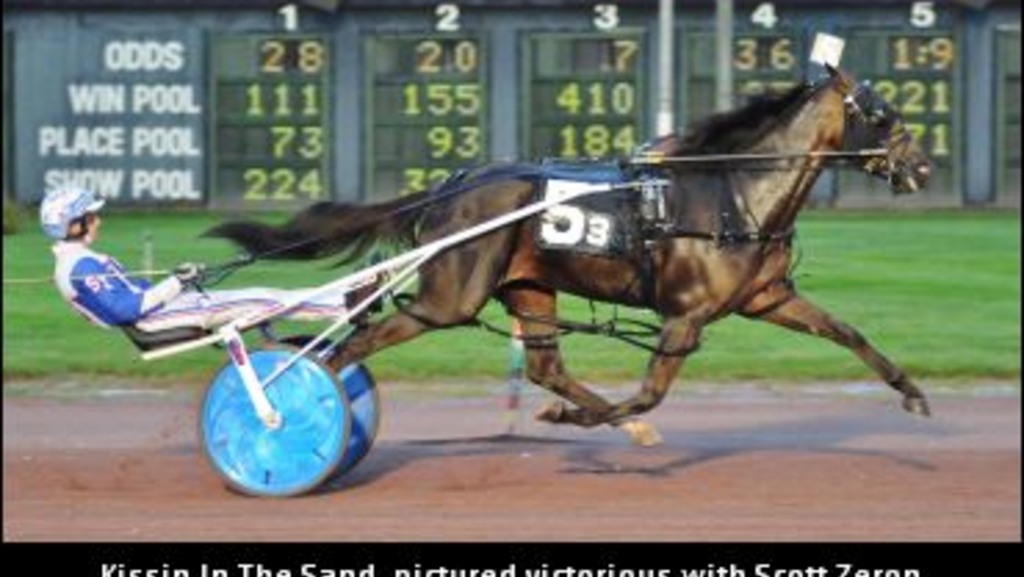 When it comes to racing, Bud Hatfield wouldn’t trade the feeling he gets from his horses for the world.

In the past several years, the 69-year-old Ohioan has shared in ownership of a number of successful horses, including millionaire Bar Hopping and stakes winners Wolfgang and You Know You Do. In December, he reached new heights when his Kissin In The Sand was named the 2018 Dan Patch Award winner for best three-year-old female pacer.

“It just doesn’t get any better than this,” Hatfield said. “I feel like a kid again.”

Kissin In The Sand is the first Dan Patch Award winner for Hatfield, who shares ownership of the now four-year-old mare with Marvin Katz. Kissin In The Sand, trained by Nancy Johansson, won 10 of 15 races last year and never finished worse than second while earning $845,495 in purses. She will be among the honourees at the U.S. Harness Writers Association’s Dan Patch Award banquet on February 24 in Orlando.

Her wins included a memorable performance in the James M. Lynch Memorial at The Downs at Mohegan Sun Pocono, where she was parked out from post nine for nearly the entire mile before passing Youaremycandygirl in deep stretch to win by a neck. Four months later, she nearly duplicated that effort in the Breeders Crown, parked out from post nine at the same track, but finished second.

“People couldn’t believe she won (the Lynch) and in the Breeders Crown everybody still thought she was the best horse,” Hatfield said. “It was just a tough trip out there. Still to hang in there and be second was great.

“It was almost like she was the people’s horse because when she races she’s so gritty. She’s just a fun horse to watch.”

Other victories in 2018 for Kissin In The Sand included the Mistletoe Shalee, the Bluegrass Stakes, a division of the Glen Garnsey Stakes, and the Pennsylvania Sire Stakes championship. For her career, the daughter of Somebeachsomewhere-Kiss Me Kate has won 17 of 29 starts and $1.07 million.

“Nancy did such a great job with this horse and they’re like bonded,” Hatfield said. “She had a lot of confidence in her and it showed up in her three-year-old year. She came on to be a monster. She didn’t put in a bad race. She never really threw in a bad race. She was just as consistent as heck. It’s just a great feeling to be part of a horse like that.”

Hatfield, who owns 20 horses, hopes the feeling continues in 2019 when Kissin In The Sand returns for her four-year-old campaign.

“Hopefully we’ll have some fun like last year,” Hatfield said. “We’ve got our fingers crossed. 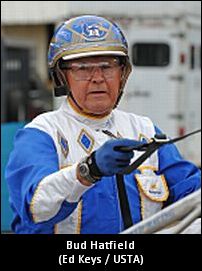 “Marvin is a great person,” he added. “I’ve got such good partners, with all my horses. I used to buy my horses by myself and when it’s good it’s good, but when you hit the bottom it hurts. This levels everything out and you have just as much fun. It’s just been a great experience.”

Hatfield was one of harness racing’s top amateur drivers, getting started in the mid-1990s, and a two-time champion on the Billings circuit, where he was known as ‘Trader Bud’ because of his career as a car dealer. He last drove in 2014.

“I miss the driving a lot,” Hatfield said. “Every time I go to the races I get that lump in my throat. But this (success with the horses as an owner) makes up for it.”

Hatfield does not rule out a return to the sulky, but is in no rush. In addition to owning horses, he enjoys spending his time with wife Kelli on frequent fishing expeditions.

“Right now we’re having a lot of fun,” Hatfield said. “We fish a lot, every chance we get. We fish and we go watch the horses. It’s a good combo. Everything is going good. The horses are exciting. I’ve had good horses in the past, but not the calibre of horses like I’ve had the last three or four years. I’m excited as I’ve ever been.

One he wouldn’t trade.

Tags
Bud Hatfield
Kissin In The Sand
Most Popular Stories