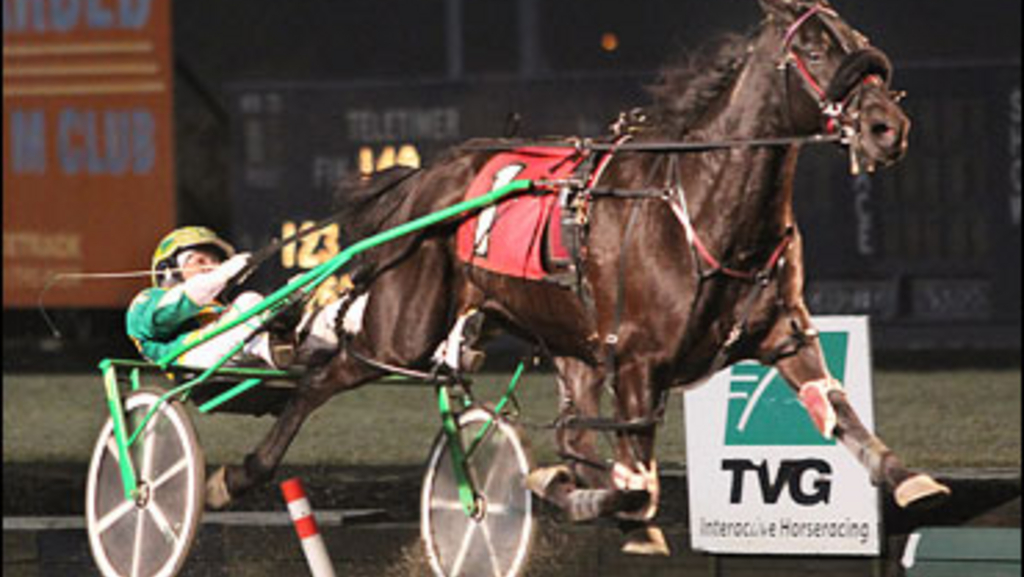 The Presidential traditionally is the first major Free For All stake of the harness racing season. Last year it was captured by Golden Receiver, who would go on to a near $1 million campaign. If the first two weeks are any indication, Golden Receiver is poised for another big year.

Following his 1:48.4 performance in the Free For All last week, Mark Harder trainee Golden Receiver put up a 1:49 tour de force in round one of The Presidential. Following a year that saw Tim Tetrick drive many champions, his 2013 already shows similar potential with the fleet of foot Golden Receiver.

Golden Receiver's competition in the series may come from Versado, whose 1:49.4 performance in the other $40,000 division was made even more impressive by the fact that he won just two days ago in the feature race at Dover Downs.

Trainer Nick Surick thought he had another big race in him.

“I told Andy [driver Andy Miller] that he warmed up better tonight than he did on Thursday and just drive him like he was the best and he will get there,” he said.

He held off the classy Dial Or Nodial by a nose after setting the pace.

It was another successful night at the betting windows in East Rutherford, New Jersey. The total handle for Saturday was $2,890,130, an increase of 17 per cent from the same Saturday in 2012.

(With files from Meadowlands)