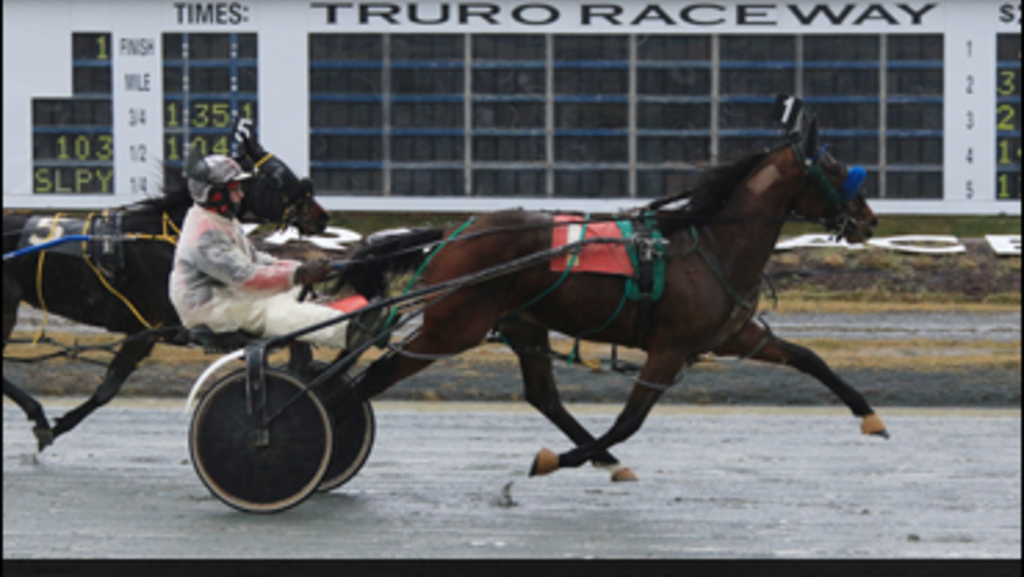 Saulsbrook Lanny won his career debut on Sunday afternoon at Truro Raceway to become Canadian harness racing's first winner of 2017 while Surrealist, one of the top winners of 2016 in all of North America, continued his winning ways in the New Year.

With Carl Isenor in the sulky, favourite Saulsbrook Lanny followed the cover of Craigmore Christy, driven by Darren Crowe, in the New Year's Day opener before rallying wide approaching the seven-eighths mark and defeating that rival by one and quarter lengths in 2:06.2 over the sloppy track. Hp Cleo closed from last in the six-horse field to show for Hilliard Graves.

Surrealist, now 11 years old, later won the afternoon's top class, the $1,475 Winners Overs Pace, circling the field of six in 2:04.2 for trainer/driver Paul Langille and owner Dana Getto of New Waterford, N.S. With a big move down the backstretch, the Modern Art-Keeping Secrets gelding won for the 55th time in his career by one length over the popular pacesetter, Allstar Man (Emmons Ralph MacKay), who was a winner last time out on Boxing Day. Dinger Two (Ken Parker Jr.) and Desir Dorleans (Todd Trites) finished in a dead-heat for third-place. 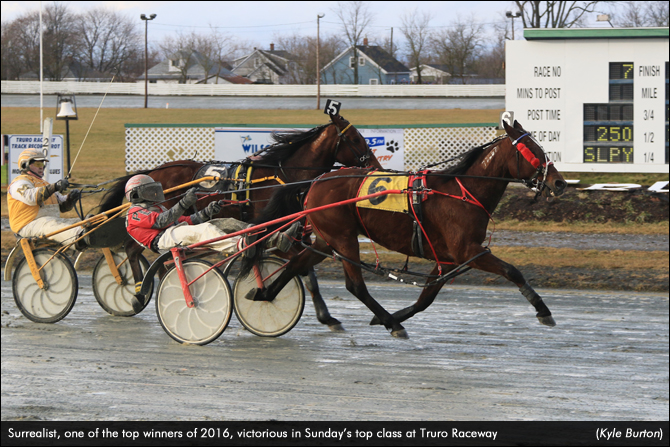 In 2016, Surrealist was victorious in 19 races and tied for most wins in North American harness racing with U.S.-based horses Velocity Vespa and Mademoiselle Paris.

During Sunday's harness racing card, a cheque presentation was made for the Northside Downs drivers that were injured in a November 12 accident. The fundraiser was initiated by Truro Raceway track photographer Kyle Burton, who donated 10 per cent of his photography sales through the end of the year. Burton was joined by a group of local racing participants who also donated a portion of their horses' year-end earnings including James Burton, Robert Collette, Dawn Ellis Abbott and Brad McCallum. Total funds raised were $1,750. 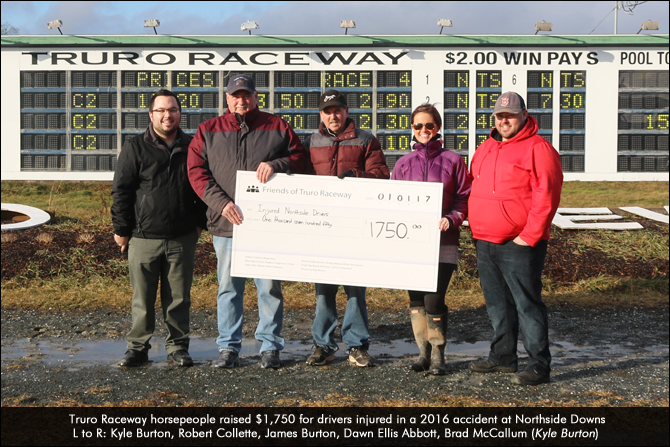